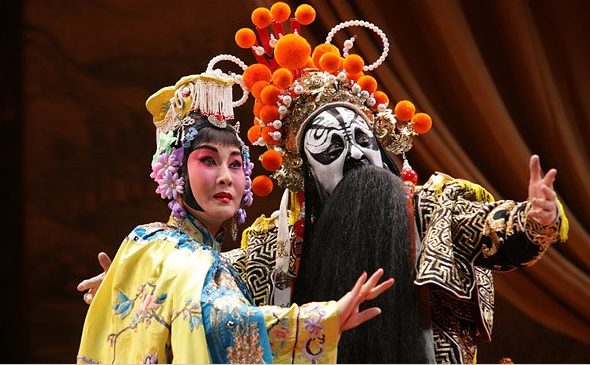 Chinese historical play "Farewell my Concubine" performed by local Chinese artists was on stage in the US city of Houston Saturday night.

Practicing for about a year, the artists wanted to pay tribute to the play writer and Nobel Literature Laurette Mo Yan who turned 63 years old on Saturday. It was also a special gift for Houston's Chinese community on the special occasion of the Chinese Lunar New Year.

There were four leading roles in the play, three of them were amateur actors. One of the actors Gao Yong told Xinhua that everyone participated in the drama play spared no efforts to present the show.

"The leading female actress had a serious road accident a few days ago and was still recovering. But she was not hesitate to be on stage," he said.

Fascinated by the play script at the first sight, director Zhu Anping said during the practice, he encouraged the actors to deliver the story according to their own interpretation.

"Farewell my Concubine" tells the story of Xiang Yu, the self-styled "Hegemon-King of Western Chu" who battled for the unification of China with Liu Bang, the eventual founder of the Han Dynasty some 2,200 years ago.