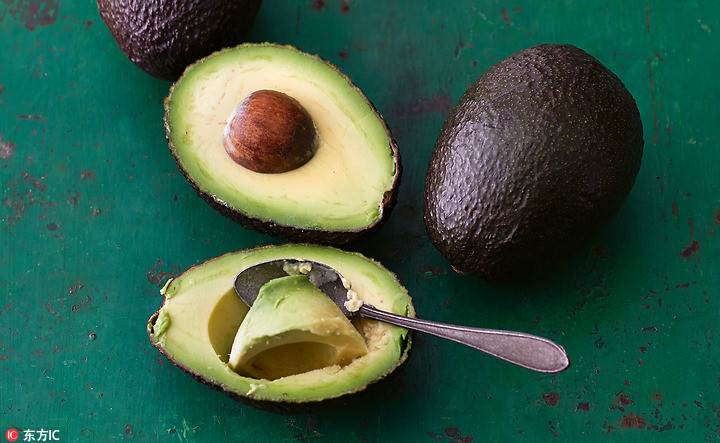 The first batch of home-grown avocados from a farm in southwest China's Yunnan Province are to be harvested, the grower said.
The 500 hectares avocado farm, located in city of Pu'er, is one of the largest in China.
The total output of avocados is estimated at 200 tonnes this year, said Qi Jiazhu, chairman of the board of the Greenbank Avocado Company, the farm investor.
Avocados can be grown mainly in southern China, according to Chen Weiqiang, a researcher at the Yunnan Honghe Institute of Tropical Science.
"With its superior natural conditions, Yunnan is the most suitable place to grow avocados," he said.
According to the Greenbank Avocado Company, after years of experimenting they found Menglian, an autonomous county in Pu'er, the most suitable place to grow a mainstream species of avocados.
The county plans to have about 6,670 hectares of avocados planted by 2025. Output next year is expected to reach 2,000 tonnes.
Avocados, native to Central America, have become very popular in China in recent years.