CHANGSHA, June 24 (Xinhua) -- A Chinese farmer has found a Han-dynasty (206 BC to AD 220) bronze liquor vessel at a construction site in central China's Hunan province. 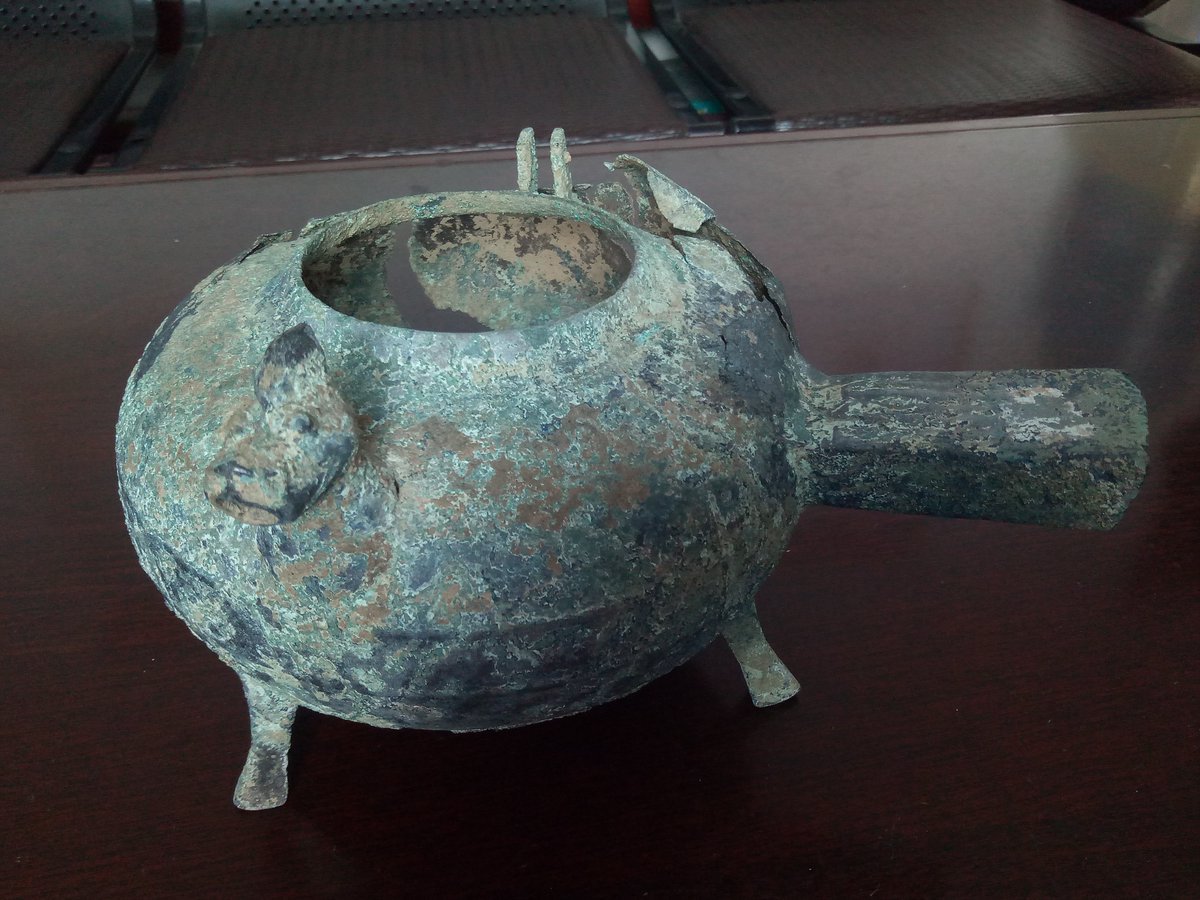 Tian Maokun made the discovery in early March when working on a road construction project in Liye Township, Longshan County, where a large amount of Qin dynasty (221 BC to 207 BC) wooden slips of imperial documents and orders were found in 2002.

"An excavator was clearing mud and rocks, and as the machine dug, a yellow mud ball rolled toward my feet. I looked at it and saw a metal handle protruding. I thought it could be something interesting, so I picked it up. I did not look at it until I got home," said Tian.

Tian removed the mud and found a metal vessel. "The mouth of the pot is in the shape of an animal. There is no lid. It was damaged and one foot was missing. I did not think it was valuable because it was damaged after all, so I left it in the firewood shed," he said.

Tian said he realized its value after he mentioned the discovery to his cousin Tian Maohong, a middle school teacher.

"Liye is an ancient town, and a large amount of relics have been found, so I began to think the vessel might be valuable," said Tian Maohong. The two men decided to turn the vessel in to the local cultural relics bureau.

The Longshan county cultural relics bureau concluded that it was made in the Han Dynasty.

"The bronze vessel has an unsophisticated pattern, but its shape is lively with a solid body. It may have been used to warm liquor," said Liu Xiang, a staff with the bureau.

Judging from the terrain of the site, Liu said it is probably the location of an underground cellar in ancient times. The bureau will try to determine the range of the site and organize an excavation to find more relics.