A Chinese father has given his 10-month-old boy a second chance in life after donating part of his liver to save the baby. 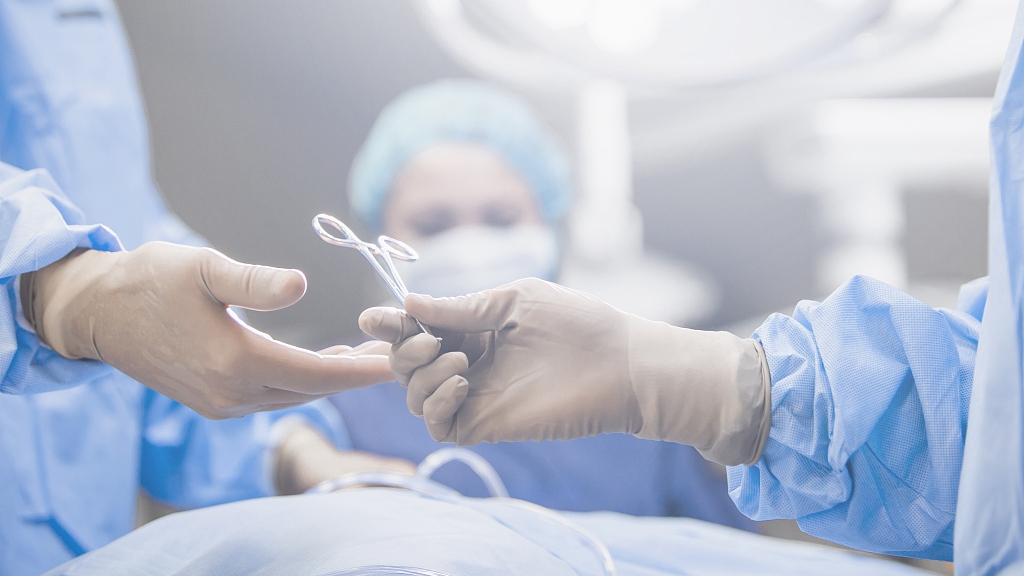 The family, from northwest China's Xinjiang Uygur Autonomous Region, traveled last week to Shanghai, in the country's east, for the six-hour surgery, Shanghai Daily has reported.

The liver transplant, which doctors said was successful, capped months of medical consultations and frequent trips to the doctor since the boy, Jesur Adil, was first diagnosed with jaundice when he was two months old.

Jaundice is common among infants and characterized by the yellowing of the skin and white of the eyes. It is caused by an excess of a substance called bilirubin in the blood, which the immature liver doesn't efficiently eliminate from the bloodstream. The condition is usually harmless for newborns but in the case of the boy, it was a sign of a serious illness.

Doctors found that the toddler had cirrhosis, or severe scarring of the liver, and biliary atresia, a rare congenital disease caused by the underdevelopment of tubes that transport a fluid important for digestion called bile from the liver to the gallbladder.

The parents, both farmers, moved from their hometown in Kuqa County to the city of Urumqi to seek treatment for their only child after selling their fields to pay for the medical bills. But with a liver transplant being the only viable option, local doctors could do little to help. However a glimmer of hope was flickering some 4,000 kilometers eastwards.

The family was advised to go to Huashan Hospital in Shanghai for the surgery and doctors in Urumqi helped the parent get in touch with the medical team in Shanghai.

The family arrived there on February 9 and the boy went under the knife a day later. Prior communication between the teams in both cities helped the surgeon and his assistants prepare for the case even before meeting the young patient.

With the father being a match, a 231-gram portion of his liver was removed and within two hours transplanted in his boy's body.

Wang Zhengxin, who performed the hours-long surgery, said the boy's condition is now stable and his vital signs are good.

The parents have spent tens of thousands of yuan to treat their son, but some of the expenses were covered by a charity after doctors in Urumqi reached out to possible donors to help the struggling family.

The Huashan Hospital team has done over 200 liver transplants to help give children a fighting chance in life.

(With input from Shanghai Daily)