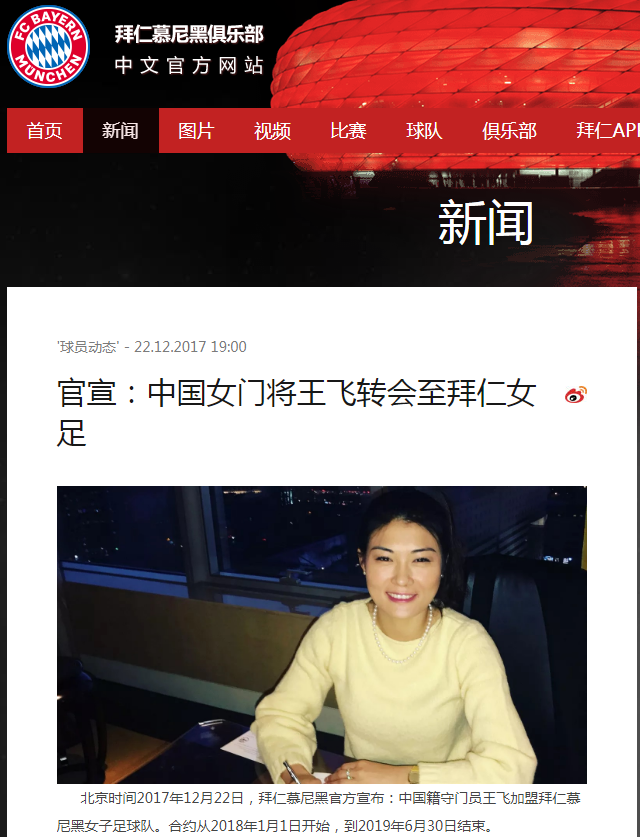 Chinese female goalkeeper Wang Fei has joined Frauen-Bundesliga side Bayern Munich on a one and a half year deal, the German giants announced on Friday.

“So proud to announce that I will be playing for Bayern Munich,” wrote the former Potsdam player in English on her Sina Weibo. She added in Chinese that one must work for its dream.

Wang joined the German top-flight in January 2015 as a goalkeeper for six-time league winners Turbine Potsdam.

Wang, who made debut for the national team in 2011, rose to fame after her quality performance for China at the 2014 Asian Games in Incheon, South Korea, where they made into the quarterfinals.