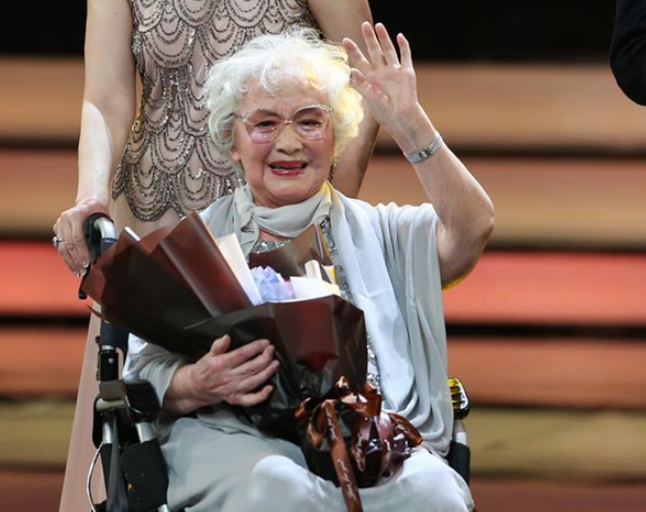 Wang Danfeng, one of the most influential movie stars in the past 40 years in China, passed away on Wednesday morning at the age of 94.

Given China's first national-level film award by Chinese premier Zhou Enlai in 1962, Wang enjoyed a great reputation as a pioneer in acting. Having received two Lifetime Achievement Awards in 2013 and 2017, she is regarded as one of the most representative actresses in the history of Chinese film.

Throughout her 40-year acting career, she performed in more than 50 classic films,  including Nursery Diary, Soul of the Sea and Peach-Blossom Fan.

Tributes poured forth for the actress on Chinese social media after news of her death spread.

"Thanks for all the classic works you brought us, you are a real goddess," wrote Dai Ni Zuo Jianzhi on Sina Weibo.

Famed for her beauty, Wang was chosen by director Zhu Shilin to star in his 1941 film In the Tiger's Lair at the age of 16.

Wang continued to star in films until the 1980s, when she was in her 60s. However, even after her retirement from film she remained active in other areas.

The municipal government of Shanghai, where Wang was born, awarded her the title of Red-banner Pacesetter for the contributions she made to the city and she was a member of the board of the China Film Association.