Despite China's national soccer team remaining a disappointment, Chinese companies are playing an increasingly big role in the FIFA World Cup. In the latest move, a Chinese company announced to build a "magic stadium" for the 2022 World Cup to be held in Qatar. 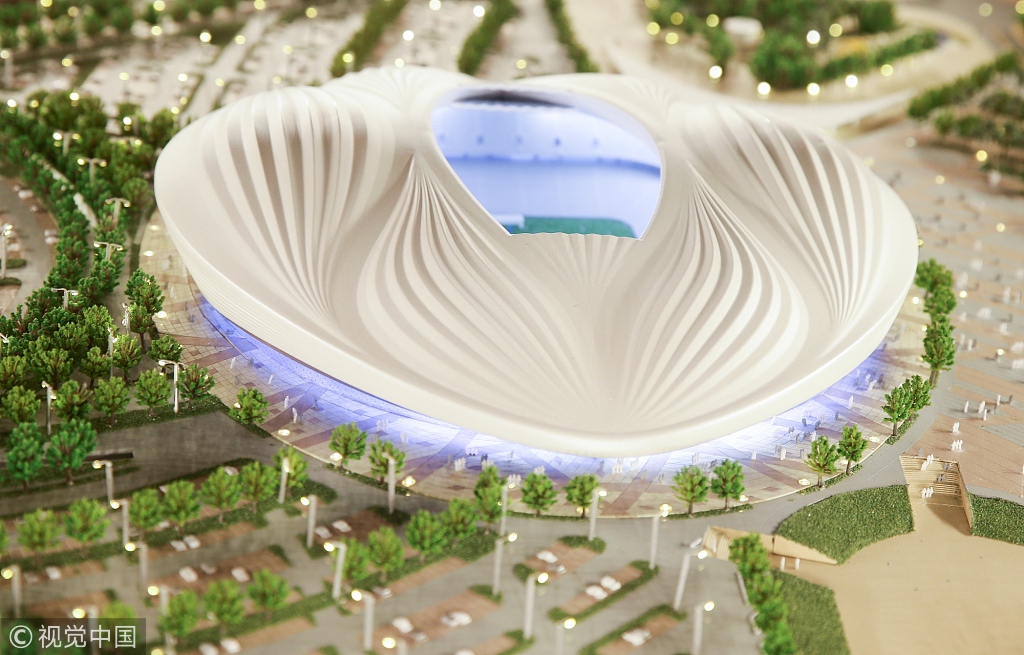 The Guangdong-based company China International Marine Container (Group) Ltd (CIMC) announced its engagement in the construction of Ras Abu Aboud Stadium, a stadium for the 2022 FIFA World Cup,  on its website last week.

"Strictly speaking, we are not 'building' but 'producing' this stadium", said Wang Fei, a project manager of CIMC.

Production of the 990 containers will start from July and will be completed by 2019, while the whole project is expected to finish by June 2020, according to the company.

The stadium will be the first "green stadium" that is "detachable, mobile and recyclable" in the history of the FIFA World Cup, the company said.

In this way, it becomes possible to "use less material, give rise to less waste and emissions, and save three years for construction," Wang said.

The stadium can be reused for other events elsewhere and also can be pieced together into several smaller venues. They can even be completely converted into economically affordable housing or refugee camps.

Chinese companies' comprehensive strength and cost-effectiveness "has won them a lot of bids in top competition events," Bai Ming, a research fellow at the Chinese Academy of International Trade and Economic Cooperation, told the Global Times on Sunday.

China is already famous for its light industry products such as national flags, mascots and clothing for football fans, and it should participate more in major construction projects of the World Cup and other international events "because it has the capability," said Bai.

China has assisted in the subway construction and provided trains for Brazil for the 2014 FIFA World Cup.

For the ongoing World Cup in Russia, Chinese companies took part in multiple areas of construction including ventilation systems in stadiums and renewable energy transportation systems.

In the 2022 World Cup in Qatar, China will not only participate in but "become a primary contractor of core projects of the event, which will be a good chance for Chinese companies to show their capability to not only build facilities but also to integrate worldwide resources, which can enhance the reputation of the concept of 'made in China'," Bai said.

Another company, China Railway Construction Corporation Ltd will be the contractor for the construction project of the main stadium for the 2022 World Cup where the opening and closing ceremony will take place, the Xinhua News Agency reported.