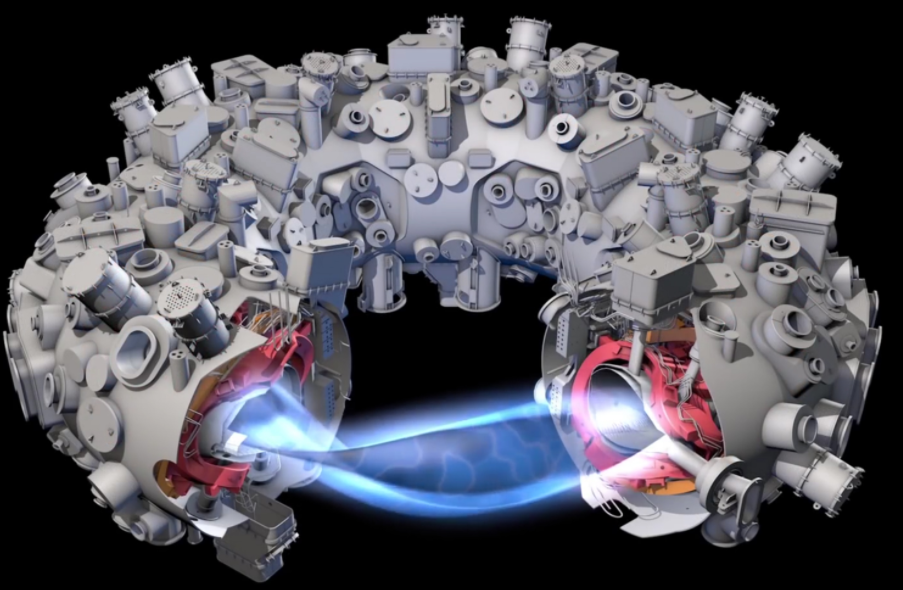 Chinese companies have developed core devices used in nuclear fusion and exported them to Europe, a move which a Chinese expert said represents China's developments in the field and can compete with those of developed countries.

Four steam condensers, designed by China General Nuclear Power Group (CGN) and Suzhou THVOW Technology Co. Ltd (THVOW), and produced by THVOW are ready to be shipped to France, Qiu Dechun, THVOW publicity manager, told the Global Times on Monday.The devices would be used in the International Thermonuclear Experimental Reactor (ITER), an international nuclear fusion research and engineering project exploring the commercial uses of fusion power. "Chinese enterprises engaged in producing devices for nuclear fusion are competitive with those of developed countries, including the US," Gui Liming, an expert on nuclear safety system at Tsinghua University, told the Global Times on Monday.Gui added that the EU usually sets a threshold on China's products in this field, but the devices successfully enter into the EU market, which also represents China's developments in the industry." It is the first time Europe is importing nuclear pressure vessels from China, according to a statement sent to the Global Times by THVOW on Monday.The delivery cycle of the four steam condensers was only 15 months, half of other similar types of nuclear power equipment, according to the statement.It also said steam condensers act as the primary protection if the main device malfunctions in the experiment.The devices were required to simultaneously meet three safety standards of the US, Europe and France, which posed a big challenge to the design and production procedure of the devices, the statement said.The condensers are among nuclear power products with the highest standards in the European market. "We can now proudly say that we can make it," said Tian Rui, THVOW executive manager. CGN and THVOW started working together when they won the ITER-related bid in 2016, and the steam condenser production became the first project won by Chinese companies.China is a member country of the ITER project, which aims to produce 500 megawatts of fusion power with only 50 megawatts of input power in an experimental tokamak in southern France.