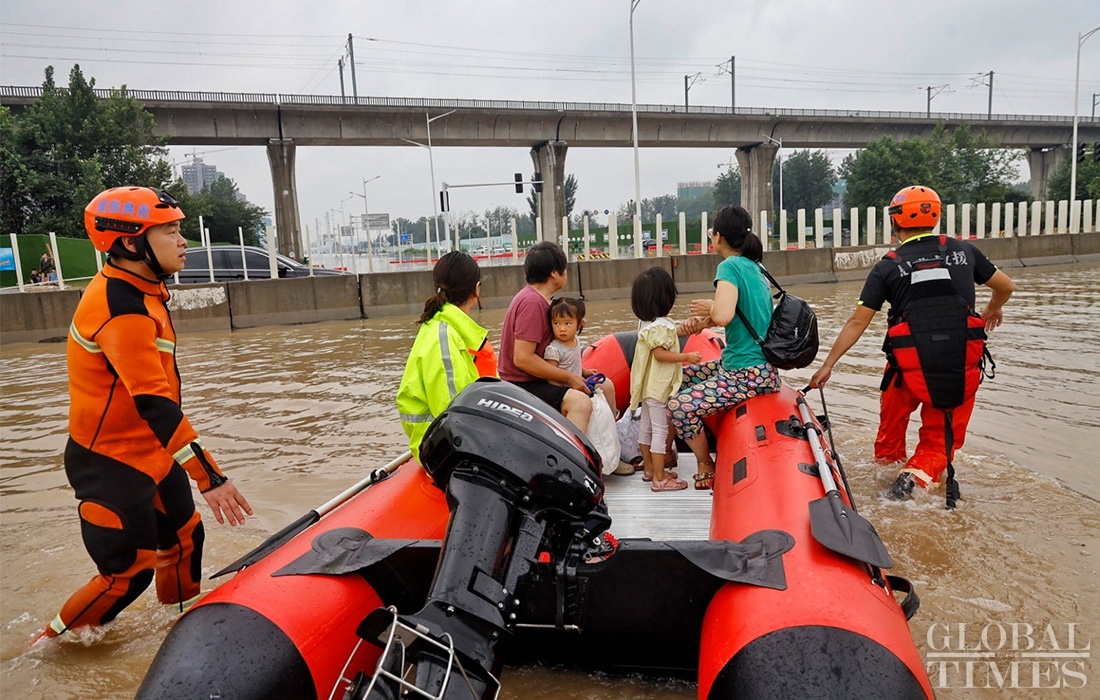 Responding to an emergency dispatch by the Ministry of Emergency Management, China Mobile, the world's largest telecom operator by subscribers, arranged for a large-scale Wing Loong drone to fly from Southwest China's Guizhou Province to Gongyi, one of the most battered areas in Henan, on Wednesday.

The drone, using the operator's wireless telecommunications base stations and stable communications signal with coverage of over 50 square kilometers, is capable of providing long-term, stable and continuous mobile network coverage for 24 hours without pausing, China Mobile told the Global Times on Thursday.

The offering of phone functionality by drones in disaster areas underscored the capability of China's tech workers, according to a note sent to the Global Times on Thursday by Hangkongwuyu, an aviation influencer.

Shenzhen-based drone giant DJI told the Global Times on Thursday that it was organizing local drone operators and resources to support quarantine and disinfection work.

Such unmanned ships can carry three adults and be controlled from up to 800 meters away, Huang Wenting, director of Yunzhou Tech's marketing department, told the Global Times on Thursday.

Drones and unmanned ships - among other autonomous facilities that are readily available to the flood rescue task force - point to abundant technological reserves China has in mitigating natural disasters, Wang Peng, an assistant professor at the Gaoling School of Artificial Intelligence at the Renmin University of China, told the Global Times on Thursday.

Weihai Guangtai's remote water supply system enables water supply from more than 6 kilometers away, as well as water drainage, and it can run 24/7, the Shenzhen-listed firm said on Thursday.

Another example of the power of tech-aided rescue efforts was the sharing of valuable rescue information via cloud logging from the Chinese rival to Google Docs.

A widely circulated online Tencent Docs, named Information about People Waiting for Rescue, created by a university student named Manto, quickly spread. It has become a life-saving document for people stranded in the flood.

The shared document, which can be updated by several people at the same time, also became an information distribution center for both organizations and individuals who are willing to provide temporary shelter, medical assistance and other help.

Tencent said in a statement to the Global Times on Thursday that in coping with the torrential rain in Zhengzhou, Henan, Tencent Docs urgently launched the template of "Rescue Mutual Assistance Information Registration" and doubled the number of participants in simultaneous collaboration.