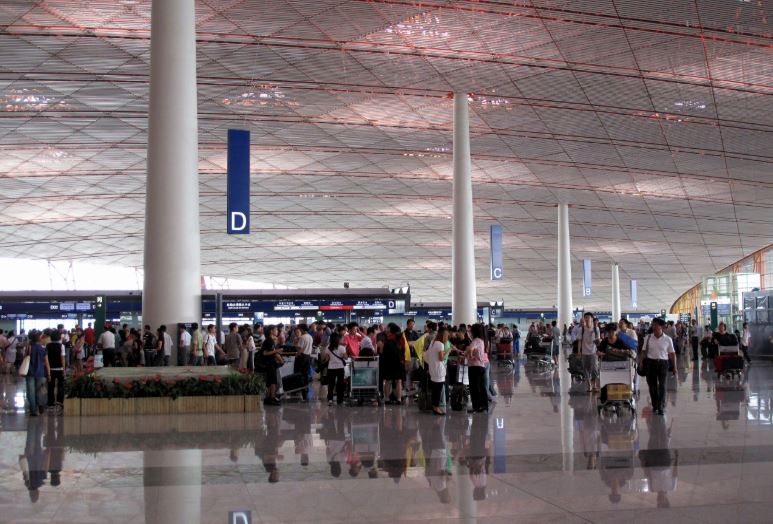 Besides the record performance are a string of steps to conserve energy, such as using more clean energy and optimizing lighting. The airport aims to put in place nearly 3,000 high-pole energy-conserving lights and build photovoltaic systems in parking lots by 2020.

The airport is one of four Chinese firms honored for their pioneering efforts in helping fulfill the country's green growth pledge by pushing ahead with the latest green technologies, supply chains, management philosophies, and evaluation mechanisms.

"Chinese firms are increasingly aware of the importance of green growth, not only for the sake of corporate social responsibility but also for higher-quality and sustainable development," said Zou Ji, president of the Energy Foundation China, which co-launched the Climate Leader Plants program with the China Council for an Energy-Efficient Economy (CCEEE).

The program aims to share experiences of Chinese corporate pioneers in green efforts and promote the development of a green society and economy.

The latest CCEEE report showed that China has established a sound supervision system and policy framework on energy conservation, with technological advances playing an increasingly important role in the efforts.

The country's top economic planner started a campaign in 2017 to encourage enterprises in China to commit to energy conservation and emission reduction. The country is also piloting an online system to monitor the energy consumption of over ten thousand major energy-consuming firms.

China has laid a solid foundation for fulfilling its pledge to halt the rise of carbon dioxide emissions by around 2030, Xie Zhenhua, the country's special representative for climate change affairs said last November.