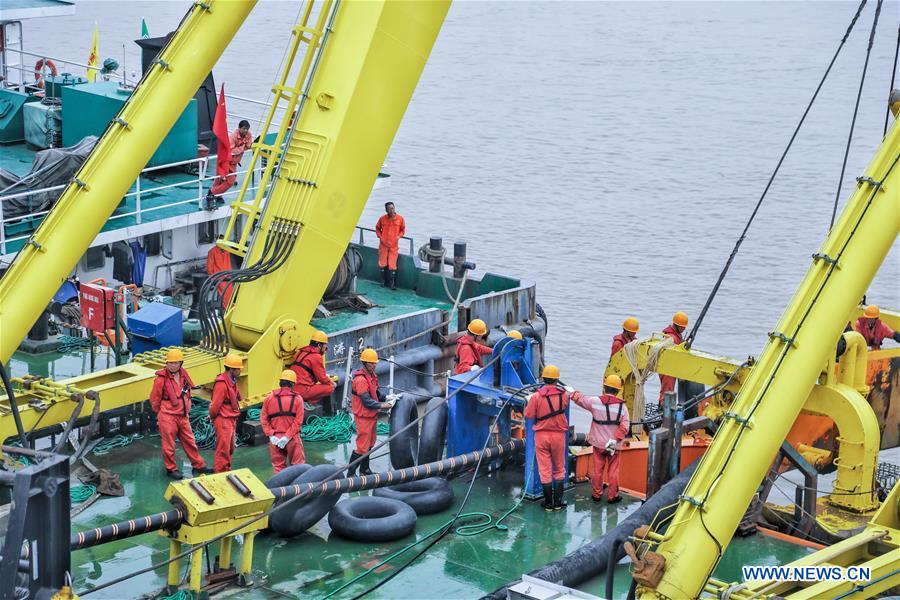 HAIKOU, Jan. 3 (Xinhua) -- A court in China's island province of Hainan has sentenced a fisherman to seven years in prison as he was found to have severed undersea fiber-optic cables, affecting 100,000 users.

While fishing, the man surnamed Yang found his vessel was trapped as his fishing net became entangled with the undersea cables on Jan. 29, 2019, according to a statement issued by the Meilan District People's Court in the provincial capital of Haikou.

Realizing the cables were too heavy to pull loose, Yang cut the cables, which then sank to the ocean floor.

Broadband network services to 100,000 users were suspended for 4,303 minutes and retrieval and repair of the cables cost the cable company, China Telecom Hainan branch, 2.68 million yuan (about 384,000 U.S. dollars).

The court, which pronounced the judgment in mid-December, also ordered Yang to compensate the company for the cost.