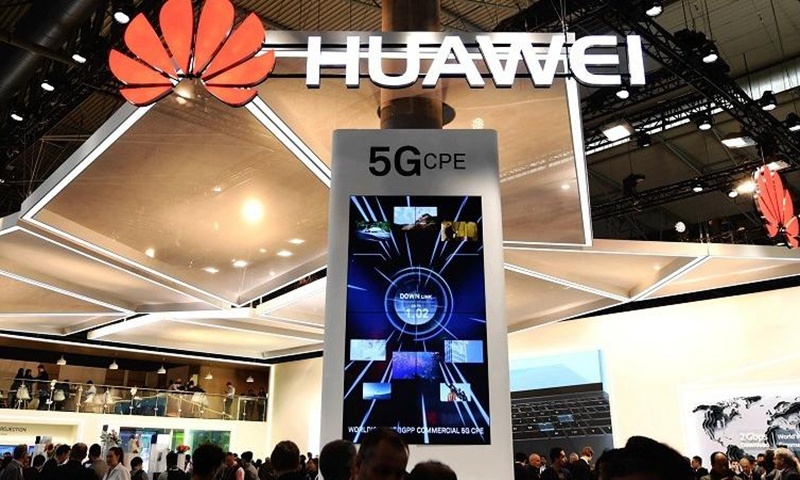 Chinese Foreign Ministry spokesperson Hua Chunying on Friday accused the US of cracking down on certain Chinese companies by abusing "national security," responding to the US Federal Communications Commission (FCC)'s latest moves against Huawei and China Telecom.

"The so-called 'protecting national security' claim that the US side has made is inconsistent with facts. Its nature is that the US abuses the concept to crack down on certain Chinese companies," Hua said at a regular press briefing.

The comment came as the FCC on Thursday (US time) voted unanimously to order US carriers to remove equipment provided by Huawei and began a proceeding over whether to end China Telecom's license to operate in the US, citing "national security."

"Huawei has established 1,500 networks in more than 170 countries and regions. There were no cybersecurity cases reported in the likes of the Edward Snowden National Security Agency spy program leak or the US diplomatic cables leak, nor are there reports of surveillance programs such as Prism and Echelon. Not one of those countries has provided evidence demonstrating a much talked about 'backdoor' in Huawei's devices," she said.

Hua said that no US company dares to make a commitment publicly like Huawei did when it announced that it is willing to sign agreements ensuring no backdoor.

Furthermore, Hua said that there is reason to believe that US companies intercept and manipulate users' data, as the USA PATRIOT Act released in 2001 requires US network companies to regularly provide users' information.

France's data privacy watchdog announced it will impose a fine on US internet giants Google and Amazon, saying that the companies' French websites didn't seek the prior consent of users before advertising cookies were saved on computers, Reuters reported.

In addition, Ireland has in September ordered Facebook to stop sending user data to the US. "Therefore, it's apparent which country is doing things that may endanger other countries' security," Hua said, noting that it's not hard to come to the right conclusion without prejudice.

She stressed that the US' crackdown on certain Chinese companies without any evidence is a denial of market economic principles that the US has been proud of and she ripped the hypocritical appearance of the US' so-called "fair competition."

"We urge the US side to stop abusing national security, stop its unreasonable crackdown on certain Chinese companies, and provide a fair and non-discriminatory environment for international cooperation," Hua said.