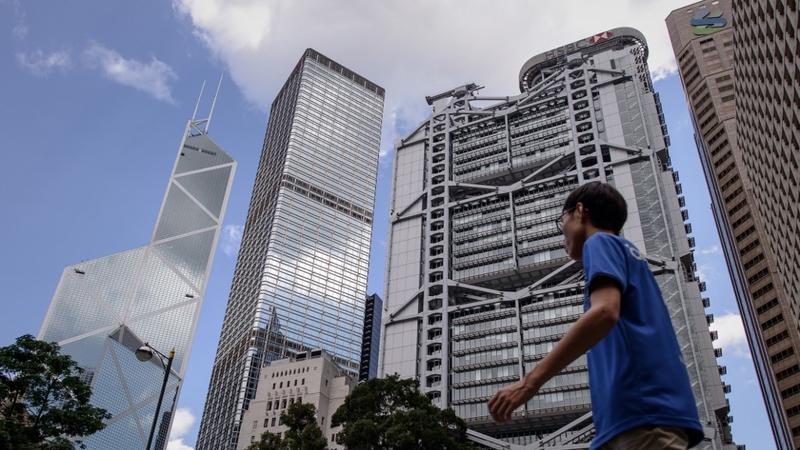 This photo taken on June 19, 2013 in Hong Kong shows the Bank of China, left, and the HSBC tower, right center. (File photo: AFP)

Chinese Foreign Ministry on Wednesday bashed US Secretary of State Mike Pompeo for sowing discord and stirring up trouble over issues involving China's decision on the national security legislation in Hong Kong, calling some US politicians for being narrow-minded and ridiculous in dividing people around the world into only two types: those attacking China along with the US and those under the coercion of China.

For some Americans, there are only two types of people in the world: those who listen to the US to attack China and those who are under the coercion of China.

This view is narrow-minded and ridiculous, Hua Chunying, spokesperson of the Foreign Ministry said at Wednesday's media briefing, after Pompeo blasted the British bank HSBC for backing China's moves to make a national security law in Hong Kong.

Pompeo said HSBC's support for the law seems to have earned HSBC "little respect in Beijing," which continues to use the bank's business in China as "political leverage" against London.

Pompeo also said the US stood with its allies against China's "coercive bully tactics."

Hua said that every country, party and individual has the right to make an independent judgment based on the rights and wrongs of an issue and act in its own interests.

After the National People's Congress adopted the decision to draft a national security law in Hong Kong, related parties including firms have made objective judgments based on their own interests, Hua said.