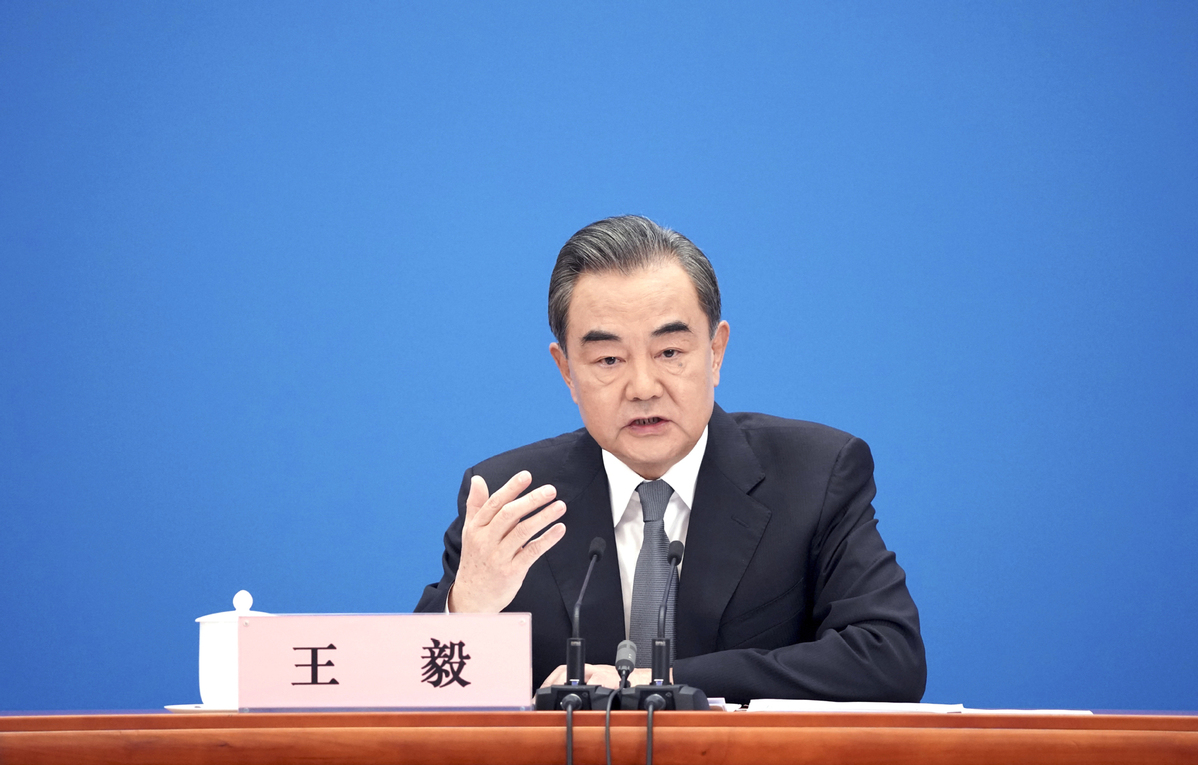 BEIJING, May 25 (Xinhua) -- Chinese State Councilor and Foreign Minister Wang Yi on Tuesday addressed a session on China at the Munich Security Conference via video link. Wang elaborated on China's development, China's relations with the world, and China-EU cooperation.

Wang pointed out that China is a trustworthy partner of all countries, not an institutional rival that confronts others. "We will stick to the system and development path we have chosen, fully respect the independent choices of other countries, and will not engage in exporting its system," he said.

Wang said China stands ready to practice true multilateralism with European countries and the world and safeguard the international system with the United Nations at its core.

"We are willing to maintain and expand comprehensive cooperation with Europe based on the principles of mutual respect, mutual benefit, and win-win results," Wang said. He added that China has always viewed China-EU relations from a strategic perspective, believed that cooperation is the general direction and keynote of bilateral relations, and regarded Europe as a partner rather than an opponent.

He noted that China will, as always, firmly support the European integration process, support the EU's unity and self-reliance, and support the EU to play a greater role in the international community.

The two sides should prevent the political virus from undermining their unity and lay a solid public opinion and social foundation for the stability and long-term development of China-EU relations, Wang said.