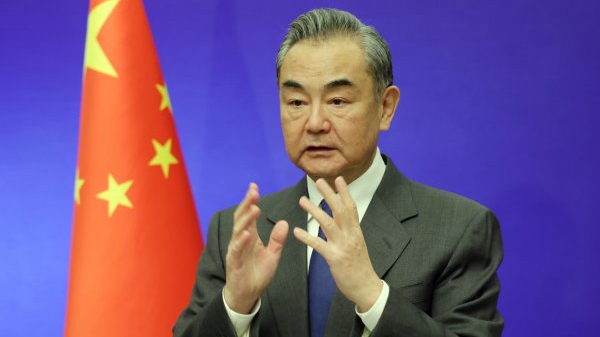 China and Japan should work together to build a bilateral relationship that meets the needs of the new era and jointly usher in a new era of development and revitalization for Asia, Chinese State Councilor and Foreign Minister Wang Yi said on Wednesday.

Wang, also a member of the Political Bureau of the Communist Party of China (CPC) Central Committee, made the remarks in his video speech at the opening ceremony of the 18th Beijing-Tokyo Forum.

He said China and Japan should honor each other with trust and stick to their political commitments.

China will promote high-quality development, expand opening-up at a higher level and foster a new development pattern, Wang said, adding that Japan is welcome to share the opportunities brought about by China's endeavors to promote common development and prosperity of the two countries.

Wang also called for deepening the friendship between the two countries. Since the beginning of this year, the two sides have carried out a slew of commemorative activities for the 50th anniversary of the normalization of diplomatic ties, he noted.

"We should build on this momentum to promote friendly exchanges and improve national sentiment," Wang said, urging the media of the two countries to play a positive role in this regard.

"China and Japan should adhere to principles and uphold fairness and justice," Wang said.

He noted that, as important countries in Asia and the world at large, the two countries should shoulder their due responsibilities, step up communication and coordination, practice real multilateralism, promote regional peace, stability and integrated development, and jointly address global challenges.

"Looking forward to the next 50 years, we should make the right choice that lives up to our forefathers, work together to build a China-Japan relationship that meets the needs of the new era, and jointly usher in a new era of development and revitalization for Asia," Wang said, adding that China is ready to work with Japanese friends from all sectors to make unremitting efforts in this regard.

Launched in 2005, the Beijing-Tokyo Forum is an annual event held alternately in Beijing and Tokyo. The forum serves as a high-level and large-scale interactive exchange platform between the two countries.