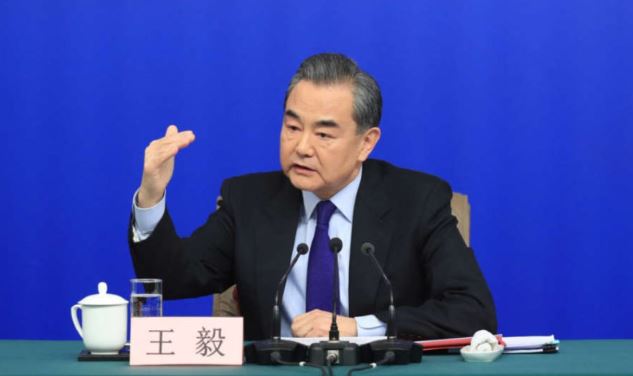 “Since China assumed the presidency of the Asia Conference on Mutual Cooperation and Confidence Measures in May 2014, it has made a series of new progress in promoting the CICA process,” Wang said to more than 20 foreign ministers and representatives of CICA.

Wang added that CICA has become Asia's most extensive coverage, with the largest number of members, as well as the strongest representative, and the Security Cooperation Forum plays an important and constructive role in promoting regional stability and prosperity.

As an advocate, participant, and promoter of regional cooperation in Asia, Wang said that China calls on all CICA members to work together to advance the CICA process.

“All parties should continue to explore the construction of a regional security framework that is consistent with the characteristics of Asia, and to promote the participation of CICA in solving regional hotspot issues,” Wang said.

Wang said that it is necessary to continuously deepen cooperation in trust measures in various fields, ensure the effective operation of the relevant mechanisms of CICA, and consolidate the base of social public opinion of CICA. He also said it is necessary to continuously expand the composition of CICA, expand exchanges and cooperation between countries and international organizations within and outside the territory, and build a "friend circle” while strengthening the capacity building of the secretariat.

At the meeting, Wang Yi announced that China will delegate the responsibility of the presidency of CICA to Tajikistan.

Foreign ministers from countries such as Tajikistan, Kazakhstan, Turkey, and Pakistan exchanged views on CICA cooperation and reached many important consensuses during the meeting. All parties unanimously and positively evaluated CICA's development and progress while noting that China's contribution to promoting the development of the CICA, process since its presidency, and expressed its willingness to support Tajikistan in taking on the responsibility of the next presidency.

All parties also agreed to participate in the CICA process, deepen CICA cooperation, make full use of the new opportunities brought about by the “Belt and Road” construction, promote common development, promote fair and rational multilateralism, promote the construction of new international relations, and work together to build interests and responsibilities, as well the community with shared future for mankind.