QINGDAO, Aug. 10 (Xinhua) -- Chinese State Councilor and Foreign Minister Wang Yi has expressed his condolences over the casualties caused by the heavy rains in Seoul and its surrounding regions. 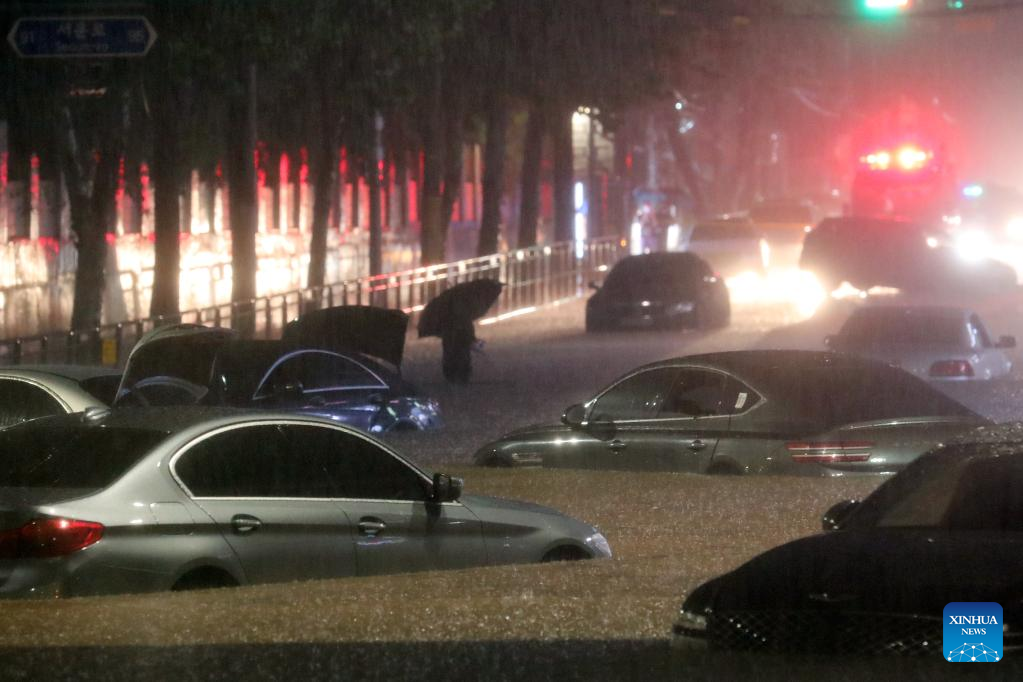 Wang made the remarks during his talks with Park Jin, Minister of Foreign Affairs of the Republic of Korea (ROK), in Qingdao, east China's Shandong Province on Tuesday. In response, Park expressed his appreciation.

Eight people were killed while six others went missing as the ROK's metropolitan region was pounded by heavy rains, and the country's interior ministry has upgraded its flood damage watch level from "alert" to "serious."