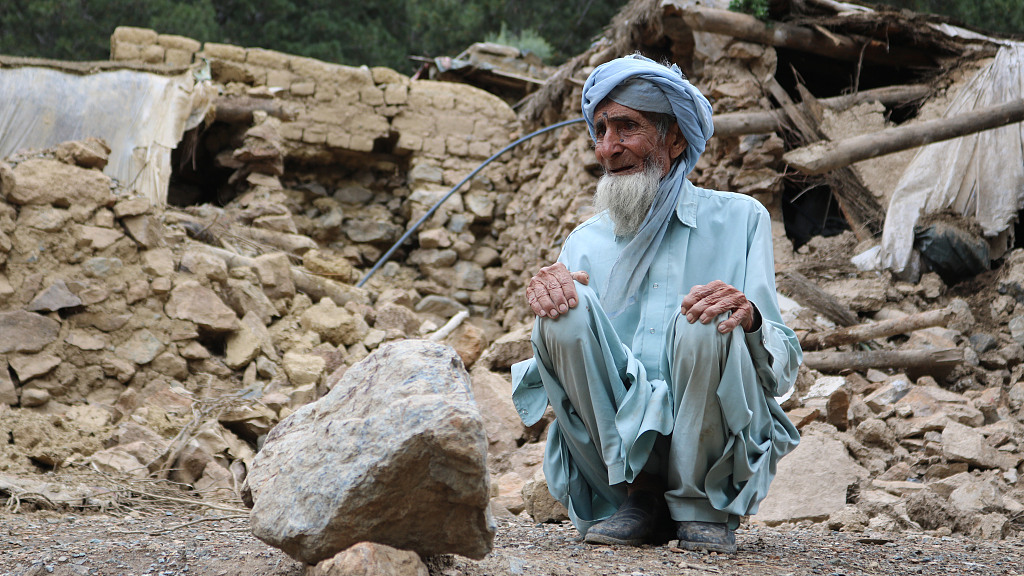 An elder with fallen houses after a deadly earthquake killed more than 1,000 people in Afghanistan, June 22, 2022. /CFP

In his message, Wang said he was shocked to learn that the earthquake, which struck southeast Afghanistan, caused massive casualties.

He expressed deep condolences to the victims and sincere sympathies to the bereaved families and the wounded.

Wang also expressed his belief that the Afghan people will surely overcome the disaster, and restore normal life and production at an early date.

As a friendly neighbor, China is ready to do its best to provide emergency humanitarian assistance to Afghanistan in line with its needs, Wang said.