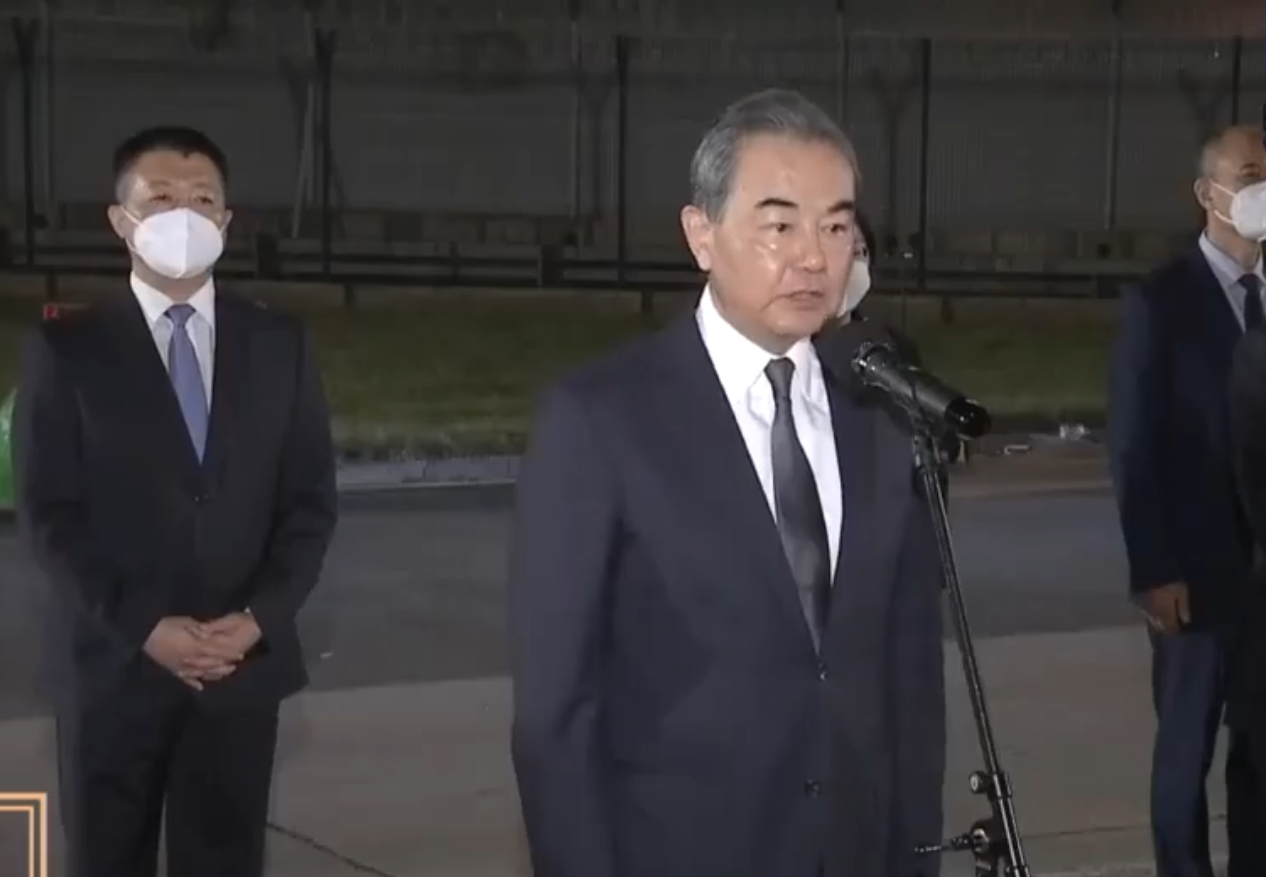 The diplomats from the consulate, which closed last month after an abrupt demand by the United States on July 21, landed in Beijing at around 7:30 p.m.

Speaking at a brief but solemn welcoming ceremony at the airport, Wang hailed their calmness, saying they fulfilled their diplomatic duties and safeguarded China's core interests and dignity under extremely difficult and even dangerous circumstances.

He said the incident made it clear that anti-China forces in the U.S. have been seeking by all means to sabotage bilateral ties and deliberately disrupt China's development.

Nevertheless, Wang said dialogue and non-confrontation is still the mainstream opinion among the public in both countries, expressing his confidence that China-U.S. relations will be reborn after the current difficulties.

Nobody and no force can stop China's steps toward national rejuvenation, he stressed.

The consulate was honored with a third-class merit citation by the Party committee of the Chinese Foreign Ministry.

The Chinese Embassy in the U.S. earlier said the diplomats were leaving the U.S. in a tweet.

"It's disappointing to see our colleagues of the Houston consulate leave the U.S. We'll always remember their contribution to bridging differences and strengthening #ChinaUS ties. We'll carry forward the friendship they've built with so many amazing American friends. Safe Journey!" the embassy said.

Following the closure of the Houston consulate, China ordered the U.S. to shut its consulate in Chengduamid the diplomatic row.