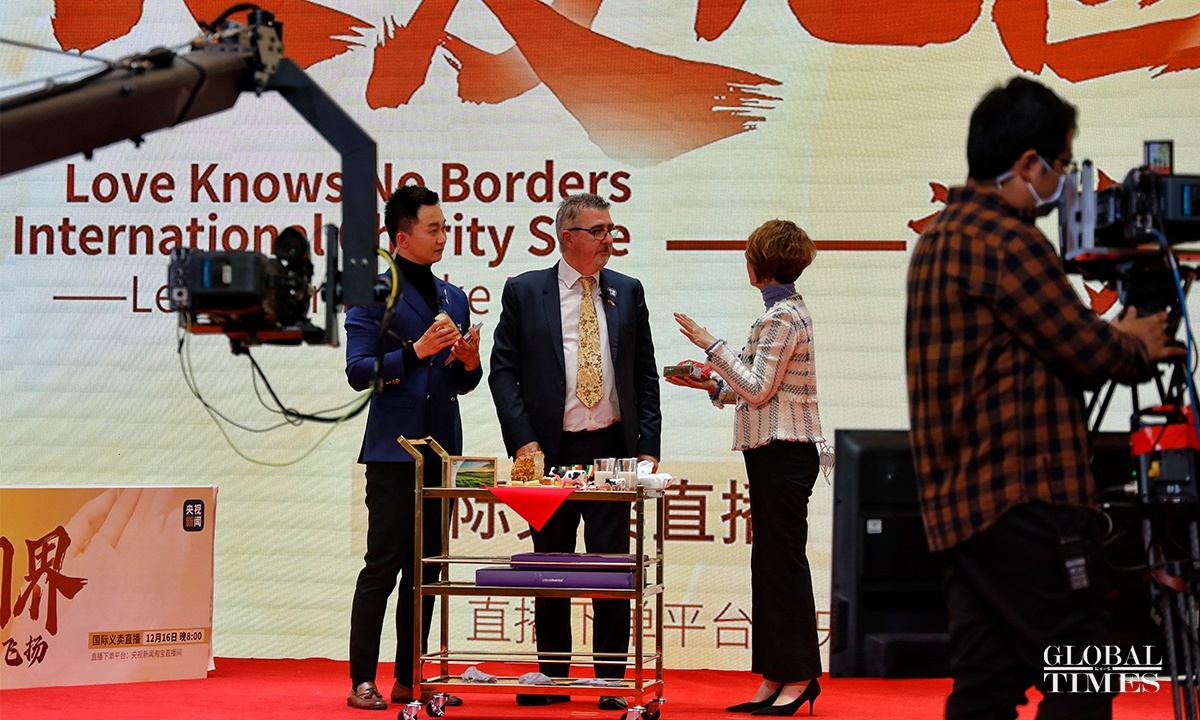 The Chinese Ministry of Foreign Affairs held a live-streaming charity sale as part of its "Love Knows No Borders - Let Dreams Take Flight" charity event. Foreign diplomats to China donated all sorts of indigenous products for sale and told the Global Times they admire China's poverty alleviation achievements and are honored to contribute to it.

Due to the coronavirus pandemic, the annual charity sale was conducted online for the first time. State Councilor and Foreign Minister Wang Yi noted at Saturday's opening ceremony of the charity sale, that the epidemic may have affected in-person communication, but it hasn't stopped people from passing on their love.

Liu Xia, director of the women's work under the Chinese Foreign Ministry, told the Global Times that more embassies participated in this year's charity sale despite difficulties brought by the epidemic.

"2020, amid the pandemic, marks the key year of China's battle against poverty. The creative style of this year's charity sale shows that Chinese FM's determination and contribution toward poverty alleviation isn't affected by the epidemic," Liu said.

Most of them told the Global Times that it was their first time to experience live-streaming sale, and they were excited and nervous.

Dr. Genet Teshome, deputy chief of mission at the Ethiopian Embassy to China, introduced Ethiopian coffee at the live-streaming sale.

He told the Global Times that the embassy is happy to help Chinese people in need. China has been doing a lot for Ethiopia. Participating in the live streaming charity sale is a minor thing compared to what China has done for Ethiopia.

He admires China's digital marketing in support of poverty alleviation and said Ethiopia also wants to learn from China's experience.

Emanuele de Maigret, deputy chief of mission at the Italian Embassy to China, was surprised the products were sold out in a few seconds. He hopes next year's charity sale will be both online and offline, as people enjoy purchasing face-to-face.

Debora Balatseng, Minister Plenipotentiary of South African Embassy in China, told the Global Times she is happy to recommend Aloe gel and tea from South Africa to many Chinese customers through charity sale, which is also a wonderful platform for culture communication.

According to FM, an audience of nearly 4.6 million watched the live-streaming sale. The fundraising this year will support orphans in Malipo and Jinping counties of Southwest China's Yunnan Province, which jumped out of poverty in May.