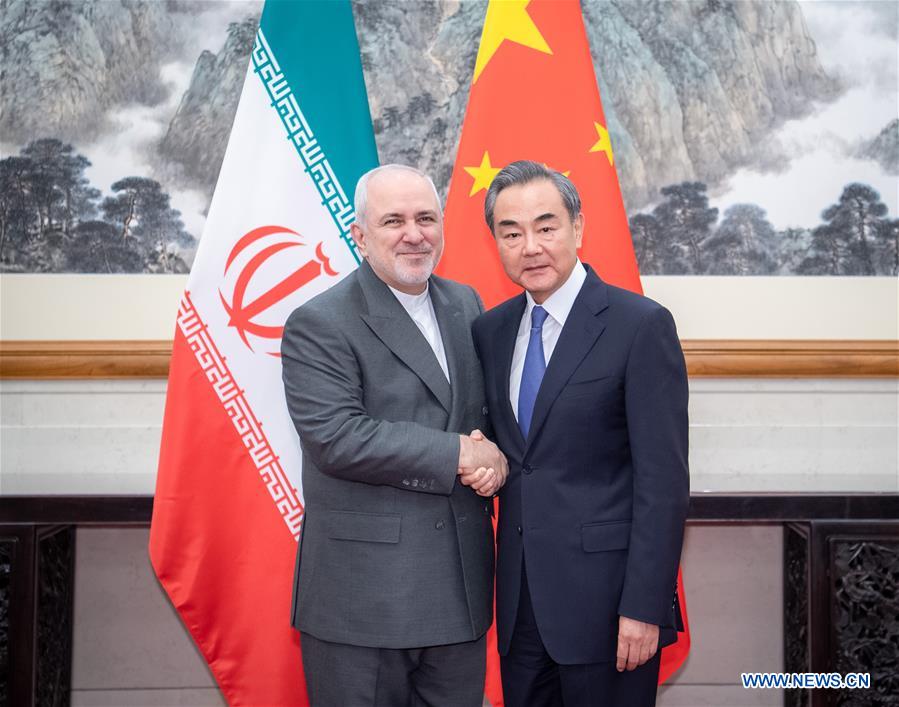 Noting that the world today sees rising unilateralism and power politics, Wang expressed willingness to work with other countries to safeguard multilateralism, uphold basic norms governing international relations, and maintain the legitimate rights and interests of all countries.

Talking about the Joint Comprehensive Plan of Action, also known as the Iran nuclear deal, Wang expressed support for all efforts conducive to maintaining the deal.

China understands the legitimate claims made by the Iranian side and believed that the Iranian side should receive reasonable returns as the country continued to implement the deal, Wang said, adding that China as a responsible country is willing to continue to implement the deal and play a constructive role in easing the tensions in the Gulf region.

Zarif briefed Wang on his tour of Europe and his communications with relevant parties on safeguarding the nuclear deal, and reiterated Iran's stance to resolve relevant problems through dialogue and negotiations.