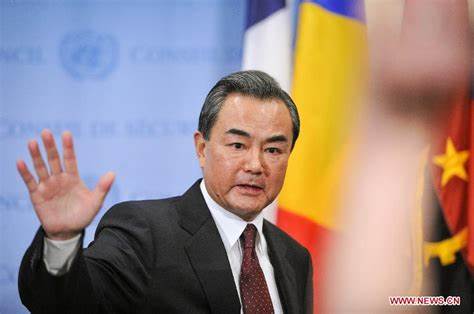 When holding talks with Locsin, Wang said China will continue to firmly support the Philippines in its fight against COVID-19 until the final victory. The two sides should advance personnel exchanges on the premise of epidemic prevention and control, and promote the resumption of work and production, as well as cooperation on major bilateral projects, Wang said.

He said China is willing to work with the Philippines to promote the in-depth synergy of the Belt and Road Initiative with the "Build, Build, Build" initiative, advance consultations on a Code of Conduct in the South China Sea, and ensure the signing of the Regional Comprehensive Economic Partnership agreement within this year.

Locsin said that the Philippines thanks China for providing anti-epidemic assistance and looks forward to vaccine cooperation. He added that the Philippines understands and supports China's appropriate measures on Hong Kong-related and Xinjiang-related issues, and is willing to work with China to maintain peace and stability in the South China Sea.

The two sides reached an agreement on opening a "fast-track lane" for essential personnel exchanges.

When holding talks with Zarif, Wang said China is willing to strengthen cooperation with Iran in fields including the fight against COVID-19, and jointly defend multilateralism. China will continue to promote the implementation of the comprehensive agreement on the Iranian nuclear issue and UN Security Council Resolution 2231.

Zarif said that China is becoming a major global force and is playing a very important role in the transformation of the world structure. Iran appreciates China's announcement that it will help developing countries have access to vaccines, and welcomes China's initiative to build a multilateral dialogue platform for the Gulf region.