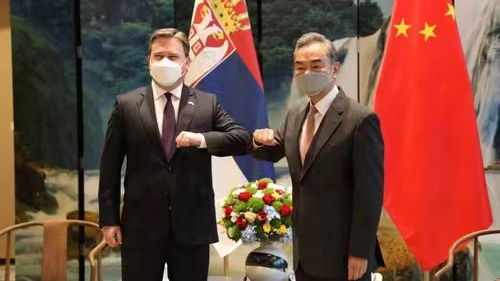 Wang said that Serbia is China's "iron-clad" friend in Europe. In recent years, heads of state of the two countries have met many times, personally paid attention to and pushed forward major cooperation between the two countries, and jointly led the China-Serbia comprehensive strategic partnership to an unprecedented high level.