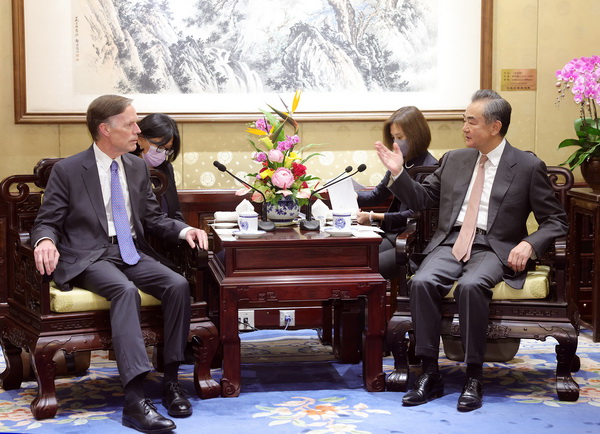 Wang, also a member of the Political Bureau of the Communist Party of China (CPC) Central Committee, briefed Burns on the major achievements and significance of the 20th CPC National Congress.

Wang noted that China-U.S. relations are at a critical juncture. Chinese President Xi Jinping has pointed out that China and the United States should respect each other, coexist peacefully and forge win-win cooperation. Wang said this is the fundamental principle for the two countries to develop their relations.