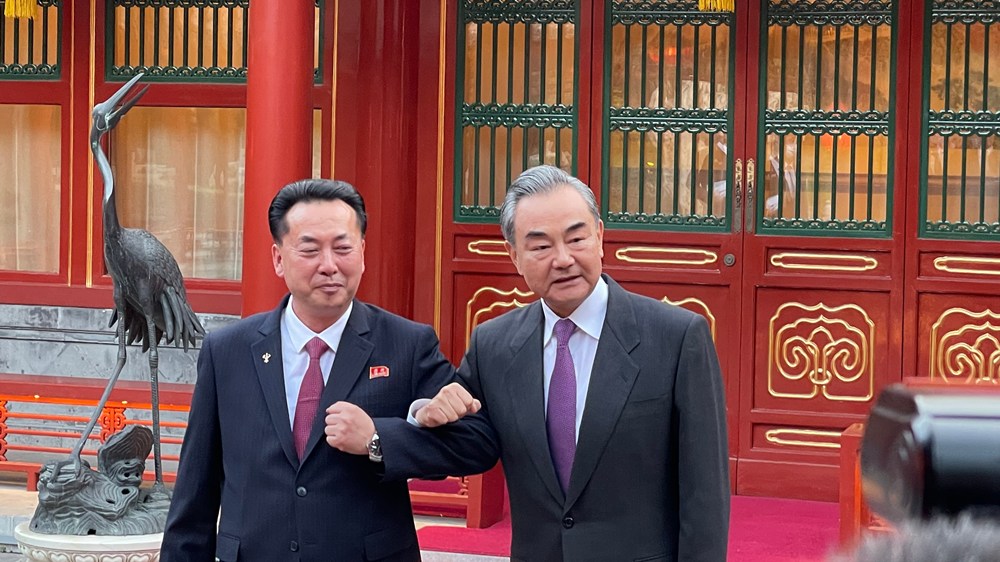 Chinese State Councilor and Foreign Minister Wang Yi (R) and the Ambassador of the Democratic People's Republic of Korea to China Ri Ryong Nam greet with each other, Beijing, China, May 27, 2021. (Photo: CMG)

During the meeting, Wang said China eyes to deepen ties with the DPRK, and build on decades of cooperation from both sides.

Ri echoed Wang's sentiments. He said it was an honor to be appointed envoy at a time when bilateral relations are at a new high.

Ri served as the DPRK trade minister from 2008 to 2016, before becoming a vice premier in the country's cabinet in 2019, tasked with handling foreign trade.

Pyongyang named Ri as the new top envoy to China in February this year – the first such appointment in a decade – to succeed Ji Jae Ryong, who had been in the post since October 2010.