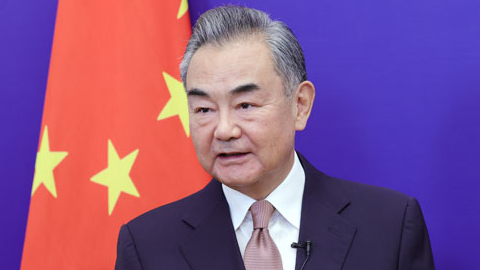 BEIJING - Chinese State Councilor and Foreign Minister Wang Yi delivered a video speech on Monday at the opening ceremony of a seminar commemorating the 50th anniversary of the normalization of China-Japan diplomatic relations.

Wang said that good-neighborliness and friendship, and the development and revitalization of Asia are the destinies, aspirations and responsibilities of China and Japan. He put forward five-point views on building China-Japan relations that meet the demands of the new era:

-- To keep promises and maintain the political foundation of China-Japan relations. To ensure the steady and long-term development of bilateral relations, the four political documents reached between the two countries must be abided by and the commitments that have been made so far should be honored. On major issues of principle such as history and Taiwan that are fundamental ones concerning China-Japan relations, there should be no ambiguity or backsliding.

-- To bear in mind the overall situation and grasp the right direction of development. The political consensus that the two sides are cooperative partners and do not pose a threat to each other should be accommodated into their policies and implemented through action. The two sides should remove distractions and properly handle differences to ensure that the ship of China-Japan relations does not run aground or drift off course.

-- To deepen cooperation and achieve win-win results at a higher level. The two sides should foster a strong sense of partnership, uphold a global perspective and jointly resist the wrong practice of decoupling, to maintain stable and smooth global industrial and supply chains, as well as fair and open trade and investment environment.

-- To strengthen guidance and foster positive and friendly mutual understanding. People-to-people exchanges between China and Japan have a long history and should be carried forward with the times.

-- To conform to the general trend, and practice genuine multilateralism. It is necessary to uphold the international system with the United Nations at its core, jointly oppose zero-sum games and camp confrontation, and promote regional stability and integrated development.

Japanese Foreign Minister Yoshimasa Hayashi said in his video speech that both sides should focus on the next 50 years and work together to build constructive and stable Japan-China relations.