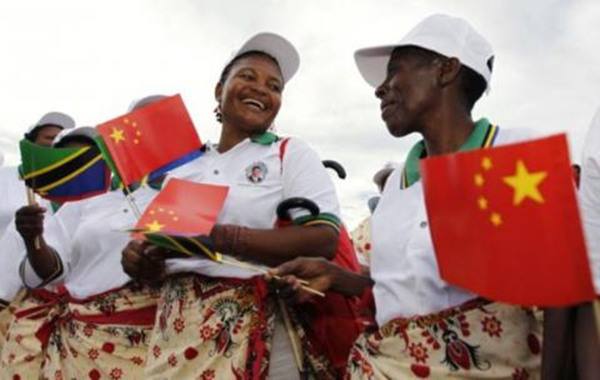 The Chinese foreign minister made the remarks following a meeting with his Ethiopian counterpart Workneh Gebeyehu in Addis Ababa, capital of the East African country.

Wang reiterated that China-Africa cooperation has always been a model not only for South-South cooperation but also for international cooperation with Africa.

China is dedicated to helping Africa to develop and bringing benefits to the African people, the Chinese foreign minister said.

According to him, during the past few decades, China has helped Africa build more than 10,000 km of highways, more than 6,000 km of railways and hundreds of airports, ports and power stations.

Besides, many more hospitals, schools and other projects concerning people's livelihood have been built across many African countries with financial assistance from China, Wang said, adding that China has sent more than 20,000 medical workers to Africa who have treated more than 200 million local patients.

Noting that China's aid and cooperation to Africa has played an irreplaceable role in helping Africa's economic and social development and the improvements of the welfare of African people, Wang emphasized that China's efforts has been appreciated and welcomed by many African countries.

However, there remains rumors that financial problems including national debts which African countries face are the result of their cooperation with China.

While stressing that the allegations are untrue, Wang said such rumors are an attempt to discredit China's sincere support, to which the allegations have been refuted by many African countries.

He affirmed that the China-Africa cooperation will not be distracted by the rumors, adding that China is very much concerned about the difficulties.

China and Africa are close friends and good brothers who have shared weal and woes and China is willing to lend a helping hand to the African people to tide over difficult times.

China has always respected the needs of the African people and the interests of African countries, Wang said, adding that the assistance and cooperation China offered have no political strings attached.

Wang further underscored the importance of enabling Africa to achieve economic autonomy and sustainable development as a solution to the debt problem across the continent.

China will step up efforts to implement the results of the Beijing Summit of the Forum on China-Africa Cooperation (FOCAC) and push forward the "eight major initiatives" that fits the urgent needs of African countries so as to further elevate the vitality of Africa's economy.

Wang also called on the international community to increase its attention and step up investment in Africa, urging all parties to work together to help the African continent.

He said helping the African continent is not only a continuous endeavor China has taken on as a comprehensive strategic partner of Africa, but also an obligation of other countries, especially the developed ones.