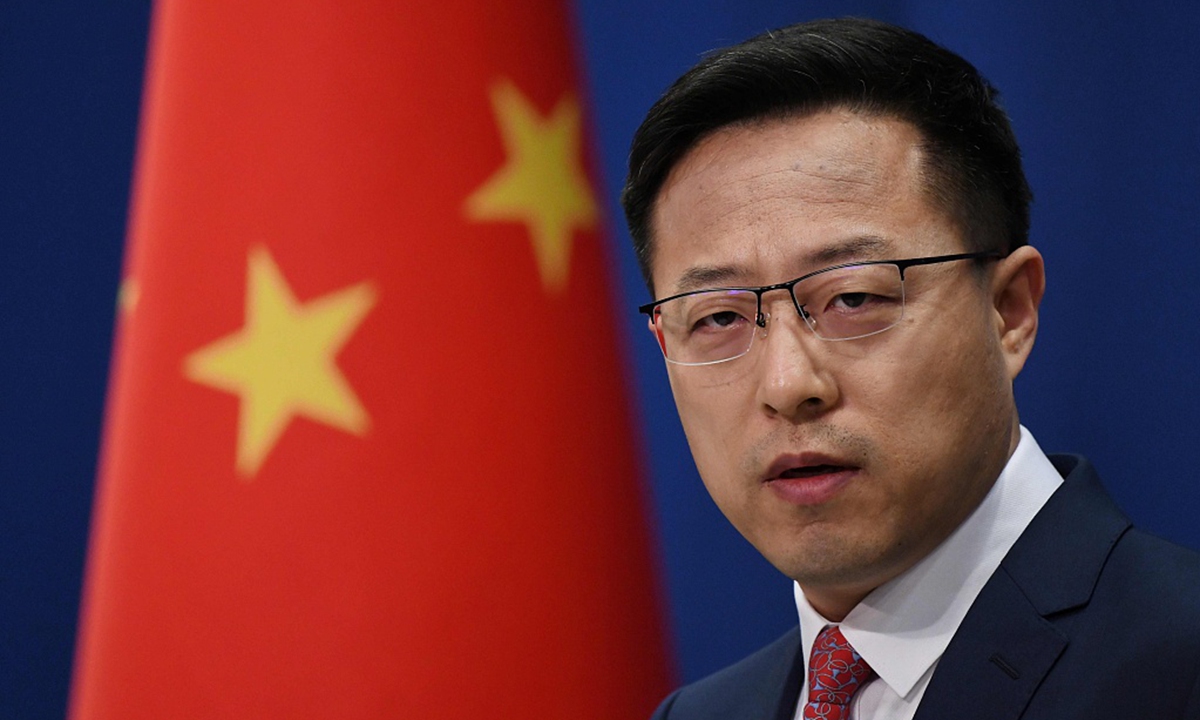 Despite great pressure on preventing COVID-19 from entering the country, China still provided many conveniences to foreign diplomats and their families in the past two years to help with their arrival and departures, work and life, which can easily be seen by all foreign embassies and consulates, said Chinese Foreign Ministry spokesperson Zhao Lijian on Tuesday.

Refuting Washington Post’s report that China’s anti-epidemic measures trampled on the rights of US diplomats living there and forced them to live in constant fear, Zhao said there have been more than 1000 US diplomats and their families who have taken chartered airplanes to China since June in 2020.

"Where is the trampling of rights and fears of the US diplomats?" Zhao said.

The Washington Post said in an opinion piece on Thursday that “the Chinese government has trampled on the rights of U.S. diplomats to an extent previously unknown” and that “Beijing’s heavy-handed pandemic practices have forced the United States’ representatives there to live in constant fear”.

China’s anti-epidemic measures has provided maximum protection equally to both Chinese citizens and all foreign citizens living in China in the past two years, Zhao pointed out, saying that China has always payed attention to the epidemic-related issues when it comes to foreign diplomatic and consular personnel in China, including the US.