Some people in Canada, the US and Australia have been spreading rumors about Northwest China’s Xinjiang Uyghur Autonomous Region for some time, which only makes the world see their ignorance and absurdity, and further casts their self-proclaimed aura of democracy and human rights into the shadow, Chinese Foreign Ministry spokesperson Hua Chunying said on Friday. 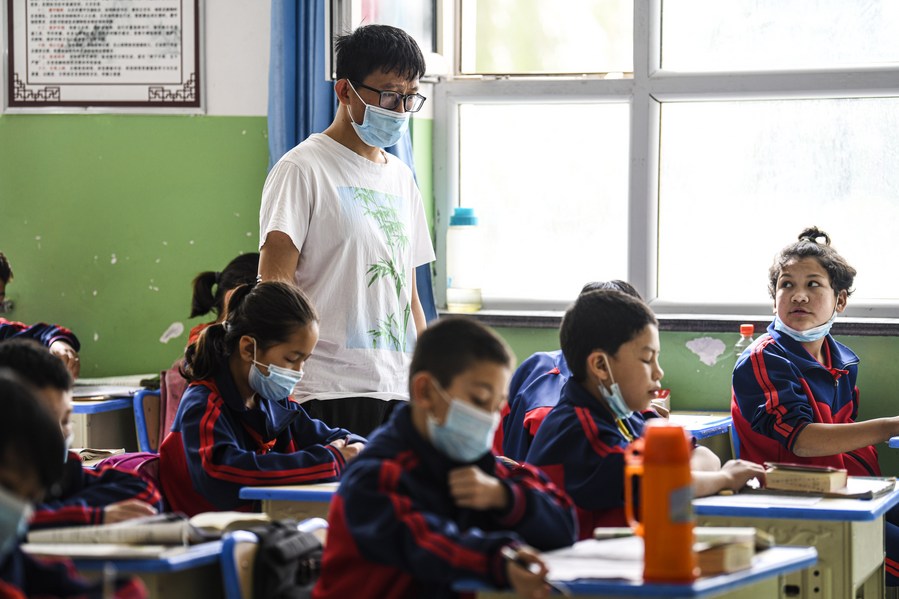 It’s a pity that these people are obviously unwilling to hear about the real situation in Xinjiang, which the Chinese side including its Xinjiang region have given detailed information about through various means, Hua said at a regular press meeting on Friday, in response to the recent slanders of some politicians in Canada, the US and Australia.

The so-called claims of “genocide" or “forced labor” are downright lies, and are ugly farces concocted by a few politicians, media persons and scholars in Western countries including Canada, the US and Australia, Hua said. These people have never been to Xinjiang, nor have they ever seen the beauty of this region and felt the harmony of the people of all ethnic groups there in person, she said.

“The Uyghur population in Xinjiang has doubled in the past 40 years; do they call it ‘genocide’?” Hua asked, saying that the ethnic minority people in Xinjiang enjoy the rights to equal employment. All ethnic groups are equal in China, Hua noted.

Xinjiang received more than 200 million tourists in 2019. If these politicians really want to learn more about the real situation in Xinjiang, China welcomes them to visit the region and talk to local people of various ethnic groups, Hua said. “But we are firmly opposed to the so-called presumption-of-guilt ‘investigations,” she added.

Hua listed the tragic history that the ethnic groups in countries including Canada, the US and Australia have suffered, asking whether the politicians in these countries will respond on these facts.

The Canadian government, for instance, implemented a cultural extermination policy against the indigenous population in the 1970s. Over the years, the government deprived indigenous people of their land resources, assimilated their language and traditional culture, resulting in depression, drug abuse, suicide and crime at far higher rates among indigenous peoples than other ethnic groups.

During nearly a hundred years after the founding of the US, the government used to expel and kill Indians on a large scale through its "Westward Movement." It also provoked wars in Muslim countries like Iraq, Syria, Libya and Afghanistan in recent years using the excuse of counter-terrorism and human rights, resulting in the death of thousands of innocent people.

The notorious “White Australia policy” that tried to exterminate the Aboriginal population forcibly separated 100,000 Aboriginal children from their families.

Some people in the West have always liked to talk to China about human rights issues with a condescending attitude, and dictate to China what it should or shouldn't do, Hua said. She stressed that the right to life and health is the first human right that needs to be guaranteed at any time in any country and society.

Hua made a comparison between the situations in China and Texas of the US during the Spring Festival holiday.

Chinese people of all ethnic groups enjoyed a safe, peaceful and happy Spring Festival holiday, going to the park, watching movies, and reuniting with their families, and they had a safe time, although people cannot travel as much as in previous years due to the epidemic, Hua said.

She further noted that 160 million people went to the cinema, the express delivery business increased by 260 percent year-on-year during the festival, and local bookings for tourism tickets exceeded 300 percent.

Meanwhile in the southern state of Texas in the US, millions of households were trapped in a difficult situation, with no electricity for heating after a cold snap. Dozens of people even lost their lives.

“All these have given us Chinese people a deeper understanding of what real human rights are and how to better protect human rights. It also makes us firmly believe that China is on the right path and we are full of confidence in the future,” Hua said.

Some people in Canada, the US, Australia and other countries are ignoring basic facts and repeatedly spreading lies about Xinjiang, and are trying to interfere in China’s internal affairs under the guise of so-called human rights in an attempt to undermine China’s security and stability and impede China’s development, she noted.

Hua said such conspiracies will only end up in failure. “I would also like to advise these people that they’d better care about their own people, pay attention to their domestic problems, and concentrate on solving their own problems,” Hua said. “If they are set on harming China’s interests, I think what awaits them must be firm and necessary measures from China in response.”