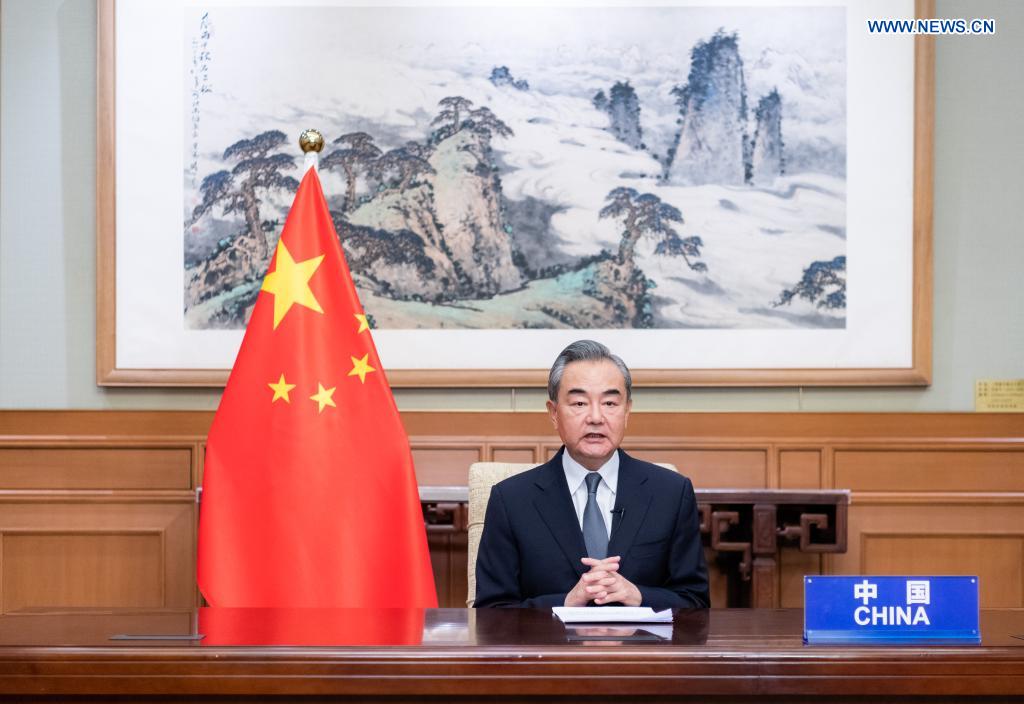 Wang said that China is willing to uphold the vision of a community with a shared future for humanity, and work in solidarity with other developing countries to achieve common development and prosperity and to make the planet even more beautiful.

"In the face of the ongoing COVID-19 pandemic, the turbulent international situation and the resurgence of the Cold War mentality, we need a strong UN more than ever," said Wang.

He stressed that the representation and voice of developing countries should be enhanced and multilateral institutions should not be reduced to tools for certain countries or groups of countries to manipulate and decide international affairs.

Wang introduced China's achievements in the development of human rights cause, saying that China is willing to carry out human rights exchanges and cooperation with other countries on the basis of equality and mutual respect with an open attitude, so as to learn from each other and make progress together.

Wang expounded on the historical facts of the Taiwan question and China's solemn position, stressing that China must make the necessary and legitimate responses to every blatant provocation by the United States.

This is exercising the legitimate right to safeguard national sovereignty and territorial integrity, as well as safeguarding the principle of non-interference in other countries' internal affairs, he said.

They said the one-China principle established by the United Nations General Assembly (UNGA) Resolution 2758 is the consensus of the international community and the political basis for developing bilateral relations between all countries and China. Taiwan and Xinjiang are both integral parts of China, and China's internal affairs brook no interference.

They also said that human rights issues should not be politicized, and measures taken by China to defend its legitimate rights should be firmly supported by the international community.