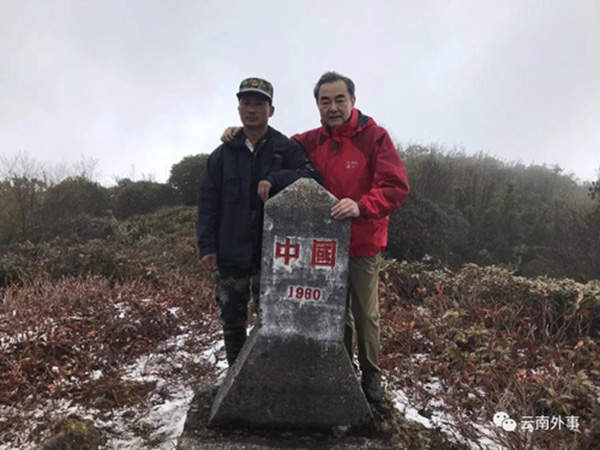 On Sunday, Chinese State Councilor and Foreign Minister Wang Yi surveyed the first boundary marker China has set with its neighbors after the founding of the People's Republic of China (PRC), according to the foreign ministry's website.

Erected on the border of China and Myanmar near Tengchong, Baoshan, Southwest China’s Yunnan Province, the tablet is regarded as the PRC’s NO.1 border marker.

After a hike against wind and snow, Wang arrived at the marker that is 3,214 meters above sea level. He checked the marker's condition, and filled the carved Chinese characters and numbers with red paint. 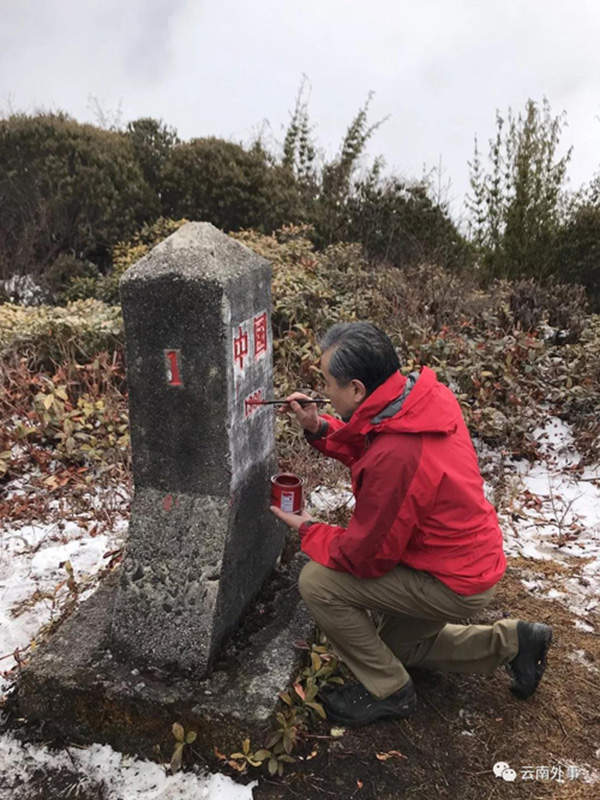 In addition, he talked with the border patrollers and greeted the grass-roots workers.

The border with Myanmar is the first boundary the PRC designated with its neighbors. The border, delineated in 1960, opened a precedent for the peaceful and friendly settlement of the border issue between China and its neighbors and consolidated the friendship between the Chinese and Myanmar people.

This year marks the 70th anniversary of the founding of the PRC.