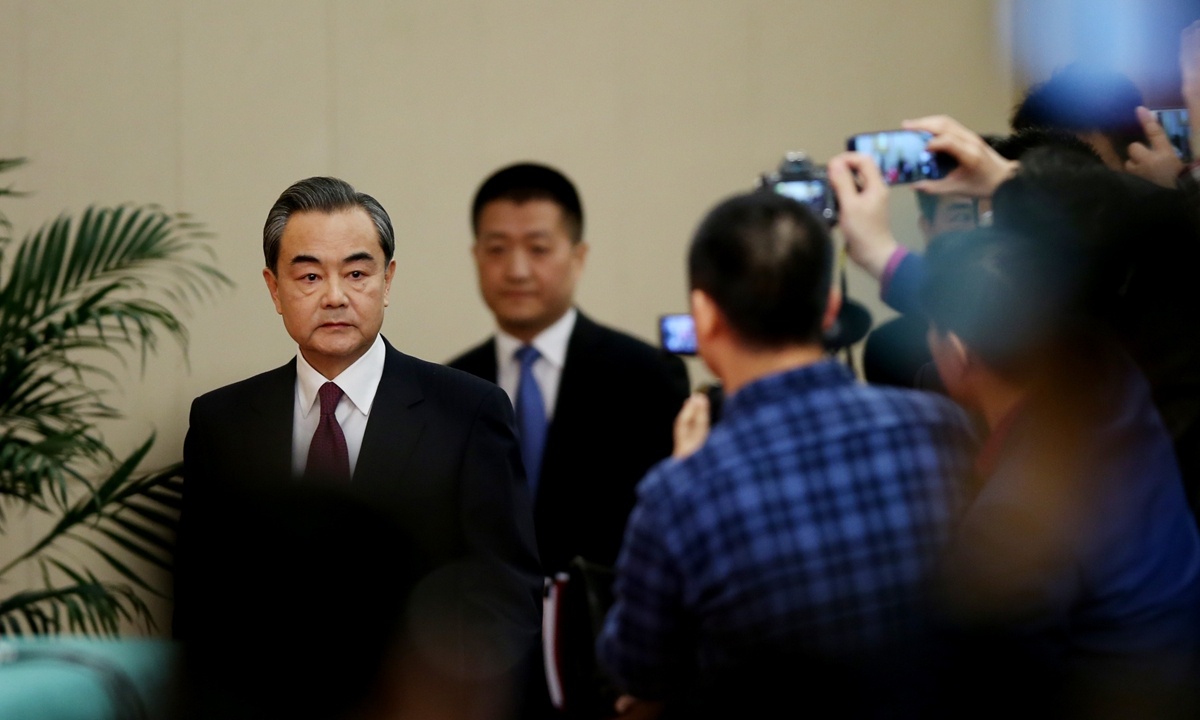 Chinese State Councilor and Foreign Minister Wang Yi will pay visits to Japan and South Korea next week with anticipations to facilitate trilateral talks among national leaders, discuss details on implementing the just-inked Regional Comprehensive Economic Partnership (RCEP), and seek cooperation with neighboring countries to revive the economy in the post-COVID-19 period.

As the farce between the incumbent US President Donald Trump and president-elect Joe Biden is ongoing and has not shown any sign of ending, the US’ influence is waning especially after two of its important allies in Asia – Japan and South Korea – are joining the RCEP and making policies more out of their own interests than those concerning pressure from the US. Together with China, the three major countries in Northeast Asia are seeking the possibility to put aside political differences and disputes over historical issues and to focus on economic recovery and the fight against coronavirus, they noted.

Chinese Foreign Ministry said on Friday that at the invitation of foreign ministers of Japan and South Korea, Wang will pay visits to the two countries from November 24 to 27. No other details have been revealed.

Japanese media reported that Wang’s two-day visit to Japan will begin on Tuesday and in addition to talks with Foreign Minister Toshimitsu Motegi, Wang is expected to meet with Japanese Prime Minister Yoshihide Suga.

Wang will be the highest-ranking Chinese official to have a face-to-face meeting with Suga after the latter won leadership of Japan's Liberal Democratic Party (LDP) and became prime minister in the middle of September.

Chinese President Xi Jinping reportedly planned to visit Japan in the spring of 2020, but the visit was postponed by the outbreak of the coronavirus. Japan’s media cited Japanese officials as saying that the top Chinese leader’s visit would not be a topic during Wang’s visit as Japan is prioritizing its pandemic response.

Wang’s visit takes place when China and Japan are seeking to build stable bilateral ties, as Suga has recently replaced Shinzo Abe to become prime minister and the US is under a transition period between Donald Trump and Joe Biden, Zhou Yongsheng, deputy director of the Japanese Studies Center at China Foreign Affairs University, told the Global Times on Friday.

But considering Biden might not adopt extreme attack and pressuring measures against China, Suga would also hope to see more cooperation with China. Trump’s economic sanctions on allies also hurt Japan, making it realize the importance to have more policies that fit Japan’s benefit, not the US, and joining RCEP is one big step, Zhou noted.

The expert noted Suga is adhering to Abe’s approach to China of “two strong hands” – strengthening talks and economic cooperation; ramping up efforts in rallying allies to contain China on security and political fields.

For example, Suga and Australian Prime Minister Scott Morrison recently agreed, in principle, on the Reciprocal Access Agreement (RAA), which has been regarded as a military framework against China

The Nikkei newspaper also reported that Suga plans to sign an agreement with Vietnam to allow Japan to export defense equipment and technology to the country, part of a move to strengthen the defense capabilities of Indo-Pacific nations to counter Chinese maritime presence.

Diaoyu Islands is another topic that Japan has especially hyped recently. In a phone conversation with Joe Biden on November 12, Suga stressed the importance of the Japan-US security alliance, and Biden said the US will "defend" the Diaoyu Islands under their bilateral security treaty, Japanese media reported.

The Chinese authority opposes the claim by Japan and the US, and analysts said Biden’s early involvement in such a sensitive topic before taking office was to gauge China’s reaction.

Wang is also scheduled to visit South Korea after Japan. Trilateral talks among China, South Korea and Japan would be a focus during Wang’s trip, and other topics include how to implement RCEP in detail and promoting China-South Korea-Japan Free Trade Agreement, experts said.

Wang may also play a mediator role for South Korea and Japan to control their disputes and resume the trilateral talks when more work needs to be done to implement the RCEP, said Da Zhigang, director and research fellow of the Institute of Northeast Asian Studies at Heilongjiang Provincial Academy of Social Sciences.

The trilateral talks which were reportedly scheduled to be held in South Korea among top leaders of the three countries have been speculated about by Japanese and South Korean media as having a high possibility of cancellation, especially after Suga has reportedly said that it would be “impossible” for him to visit South Korea unless “proper measures” are taken by Seoul to address the issue of wartime forced labor.

Experts said that despite disputes on historical or present issues, the three countries are working on the right track to solving problems, as well as promoting multilateralism.

Da noted that aside from RCEP discussions, there will be discussions on the free trade talks among the three countries to further lower taxes, open markets and increase trade exchanges amid the coronavirus-hit global economy. Promoting the trilateral agreement would also help the three countries avoid external risks, especially uncertainties and provocations from the US.