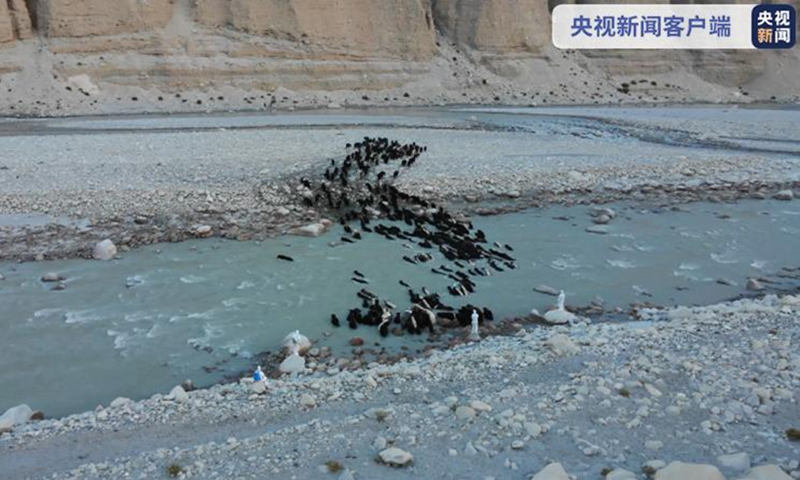 Keleqing Valley is a traditional road Pakistani herders use to move their yaks. Each year, the yaks have to walk for two kilometers in China's side to skip the rugged terrains and rivers in the valley when being moved to a winter pasture, CCTV reported on Wednesday.

More than 300 yaks successfully left the Chinese side on Tuesday after five hours of efforts by the Chinese People's Liberation Army (PLA) border guards stationed in the hinterland of the Karakoram Mountain.