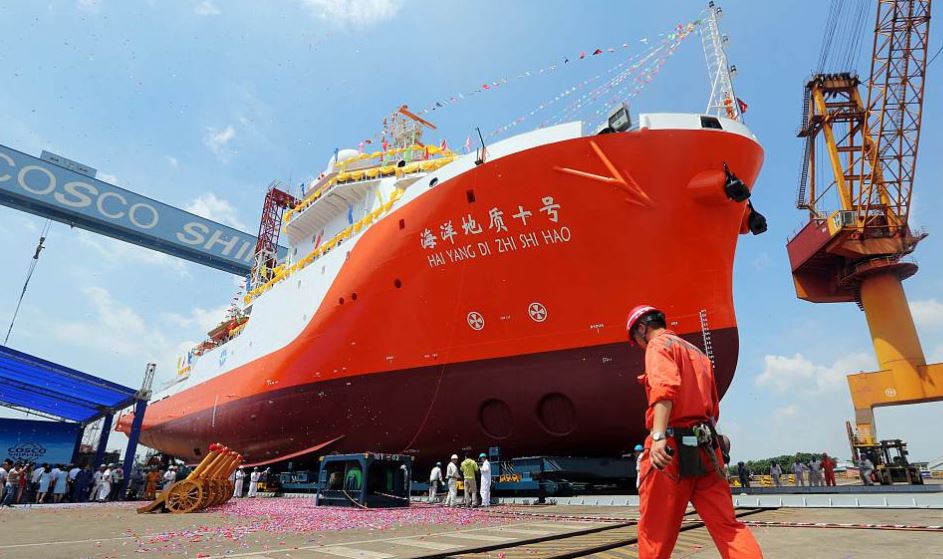 This is also the first ocean expedition conducted by the vessel.

"During the 91-day expedition, many Pakistani scientists and scientific research institutions paid visits to us. The voyage design was completed through close cooperation between the scientists from the two countries and achieved expectation," said Deng Xiguang, chief Chinese scientist of the joint expedition.

The new-generation Haiyang Dizhi-10, or Ocean Geology 10 in English, is a drilling-capable oceanographic survey vessel independently developed and built in China.

At 75.8 meters long and 15.4 meters wide with a carrying capacity of 3,400 tons, the vessel has a range of 8,000 nautical miles. It's one of the most advanced oceanographic research vessels in China.

Deployed in 2017, the vessel has operated at sea for 262 days, covering 57,000 kilometers, and carrying out 12 marine expeditions.

"We have advanced deep-sea drilling systems and visualized sampling equipment, which can form a three-dimensional integrated exploration system for the bottom water, the surface and shallow level of the seabed," said Sun Yanming, vice captain of the fleet, Guangzhou Marine Geological Survey under China Geological Survey. "More discoveries can be made in our investigation area."

With the Haiyang Dizhi-10 in service, the nation's capability to conduct marine geological surveys has improved significantly.

The fleet consists of vessels offering different functions and is now able to handle most of the research and mining tasks in oceans, especially natural gas hydrate exploration in resource-rich waters.

Another member in the ship family – Haiyang Dizhi-8, equipped with the world's most advanced high-res 3D seismic monitoring system and drilling rigs, has a maximum range of 16,000 nautical miles and can conduct gas hydrate surveys in all waters