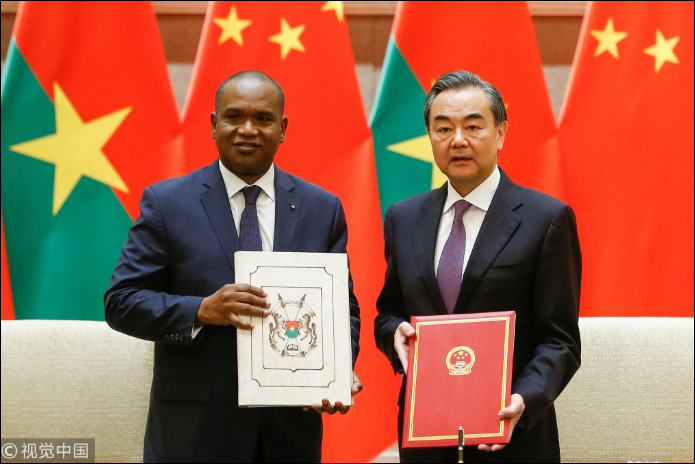 A Chinese government delegation will visit Burkina Faso for the first time since the two countries resumed diplomatic ties in late May.

The delegation, to be led by Chinese Vice Premier Hu Chunhua, will travel to both France and Burkina Faso from July 8 to 13, Foreign Ministry spokesperson Lu Kang said Friday.

Lu told a daily press briefing that the visit to Burkina Faso reflects "the great importance the two governments attach to bilateral ties."

"During his visit to Burkina Faso, Hu will meet with President Roch Marc Christian Kabore and hold talks with Prime Minister Paul Kaba Thieba," Lu said. "The two sides will exchange views on bilateral relations, the Beijing summit of the Forum on China-Africa Cooperation (FOCAC) and issues of common concerns."

Lu said that since the resumption of diplomatic relations, departments between the two countries have fully restored contact and cooperation has been carried out in various fields in an orderly manner.

He said President Kabore will attend the Beijing summit of FOCAC in September.

The resumption of diplomatic relations between China and Burkina Faso has proved to serve the fundamental and long-term interests of the two peoples and will provide broad prospects for Burkina Faso's development, said Lu.

"We believe that this visit will cement political mutual trust, comprehensively push forward cooperation in various fields, deepen the understanding between the two peoples and inject new impetus to bilateral relations in the future," he added.