CHINA Chinese gov't provides more than 1,450 scholarships to Ethiopians in 2018

Chinese gov't provides more than 1,450 scholarships to Ethiopians in 2018 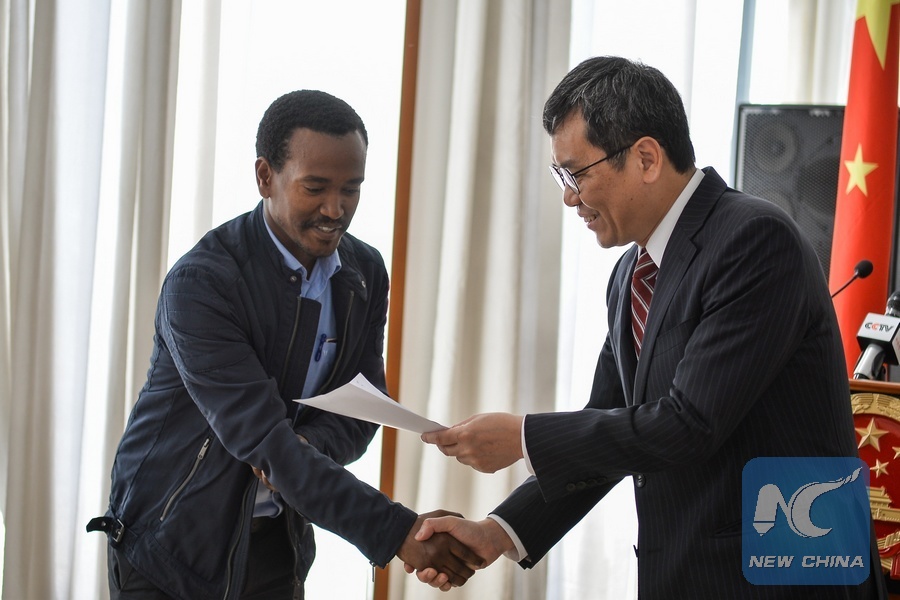 The Chinese government has provided more than 1,450 scholarship opportunities to Ethiopians in various academic and training areas during the first eight months of 2018, the Chinese Embassy in Ethiopia revealed.

Some 1,232 short term trainings were provided to Ethiopians in China while some 220 other Ethiopian candidates from federal and regional government, academic institutions and industries have been admitted by major Chinese higher education institutions to study masters and PhD programs, the embassy said on Saturday.

Figures from the Ministry of Commerce of China also indicated that by the end of 2017, more than 5,650 Ethiopians have received trainings in different professions in China under China-aid framework covering over 20 fields that include education, health and medical services, agriculture, tourism, manufacturing industries, public administration, business management, urban development and poverty reduction, according to figures from the Chinese Embassy in Ethiopia.

"Investing in people through education is the best investment," Tan said.

Tan, who vowed to deepen the two countries' ties in human resources development, further said that "We developing countries have human resources potential in abundance and the thing is how to exploit this bonanza." 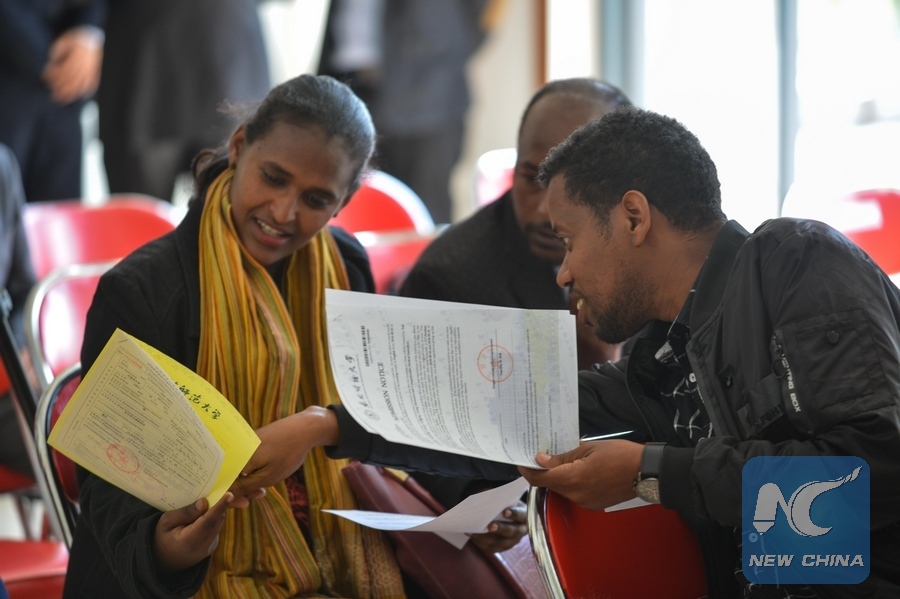 Some of the Ethiopian students look at their scholarships in Addis Ababa, capital of Ethiopia, Aug. 8, 2018. (Photo: Xinhua/Michael Tewelde)

The latest appreciation was given by Ethiopia's Prime Minister Abiy Ahmed during a scholarship awarding ceremony late on Friday.

"As we all know China is a very good partner for Ethiopia and they are supporting us in human capital development, which is a priority for my government," Ahmed said.

"I would like to thank you (Chinese government) for all what you have done for our country," he added.

Ahmed, who valued the opportunity to send more than 1,000 students to study in China this year alone, also called for further strengthening the support from China's government in Ethiopia's human development endeavors.

"Nothing is impossible. Especially for Ethiopia and China, the sky is the limit," Ahmed said.

"We can go far to develop next generation to take responsibility and to work for their country," he added.

The premier also called on Ethiopians who are set to embark on their education in major Chinese universities to learn "China's experience and wisdom" in the development and other sectors so as to help Ethiopia's ambitions in economic growth.

Ahmed further urged Ethiopian scholarship winners to serve as connecting bridges between Ethiopia and China in strengthening ties after coming back from their studies.