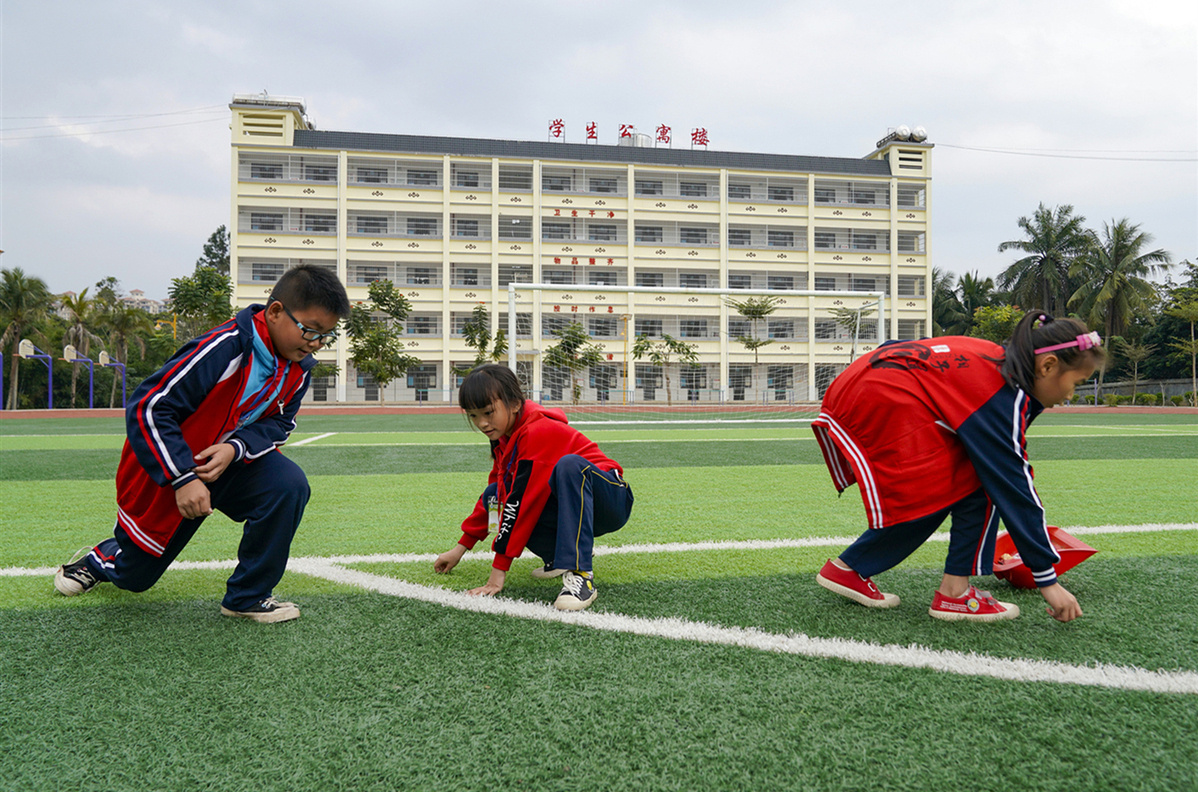 Students pick up garbage on the playground at Wanling School in Qiongzhong Li and Miao autonomous county, Hainan province, on Dec 11, 2019. (Photo: Xinhua)

Students' study and living conditions have improved in recent years after central government agencies, including the Ministry of Education and the Ministry of Finance, launched programs to improve the basic conditions in compulsory education schools in poor areas amid efforts to balance the distribution of education resources.

In addition, 98.6 percent of the country's primary and secondary schools have gotten access to the internet, and more than 90 percent of them have multimedia classrooms. There are 14.03 computers per 100 students nationwide, up 51.7 percent from the figure at the end of 2013.