Having stayed in China for almost 10 years, American doctor Jason Alton and his wife finally got their Chinese green cards just before his fourth child will be born in Southwest China's Chengdu in Sichuan Province. 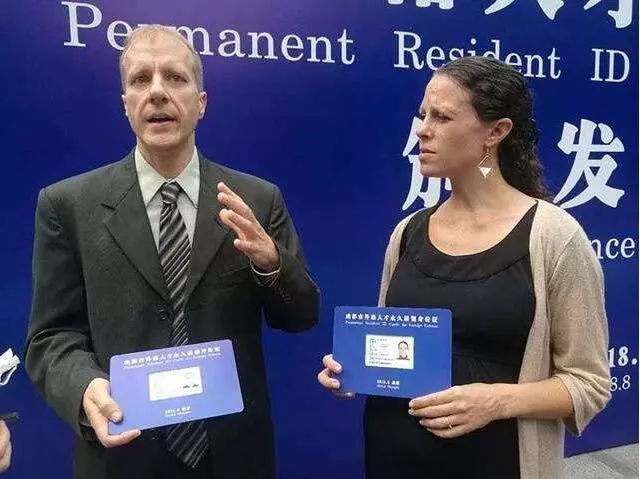 According to statistics, from April 2017 to April 2018, 309 foreigners met the standards for high-end foreign experts in Chengdu. Many of them were as eager as Alton to apply for permanent residency in China, namely the Chinese "green card", as they had lived in Chengdu for years.

Launched in 2004, China's green card policy provides permanent residency for high-end foreign experts, people with large investments or outstanding contributions to the country. Chengdu authorities recently came up with new policies to loosen the standard for foreign talent to reside in the city. Once foreigners are recognized as high-end talent, they can be granted permission to get Chinese permanent residency.

"At the city level, the time for foreigners to apply for the Chinese 'green card' is only about half a month. Then the public security bureau will give the files to the Ministry of Public Security for permission", said an official at the Chengdu Municipal Development and Reform Commission.

As a hub in China's western regions, Chengdu wants to woo overseas talent to help it compete with larger cities on the east coast, including Beijing, Shanghai, Guangzhou and Shenzhen, by offering more generous terms and a better environment. The city is now streamlining and optimizing procedures to provide more convenience for high-end foreign talent.

Alton came to Chengdu in 2008. Having lived in the city for about 10 years, he was almost half a local as he could speak Chinese fluently, loved eating Sichuan dishes and shopping on Taobao. His oldest child will enter middle school this year, and Alton has similar worries and anxieties as other Chinese parents.

"I love Chengdu so much. The pace of life here is wonderful and the local people are nice", he said. Unlike many foreign parents who send their children to international schools, he chose to send his three children to local public schools. He said he hopes his children could learn Chinese and make Chinese friends. At public schools, they can experience both Chinese and American cultures better. He believes receiving a relatively stricter compulsory education in China was a good choice for his children.

Since the American medical license needs annual verification, Alton and his wife needed to apply for residence permits every year. Plus they had three children, and spent three months getting the permit. However, they didn't meet the previous requirements for getting the Chinese "green card".

Chengdu is now working on new solutions to open the door to high-end foreign experts. With the new regulation, foreigners who meet the requirements for the A-level high-end talent can apply for permanent residency.

As Alton and his wife were both recognized as A-level high-end talent, they filed the application once the new policy was issued. They have finally settled down in Chengdu. "It only takes about ten days for us to submit the application materials to the public security bureau," he said.