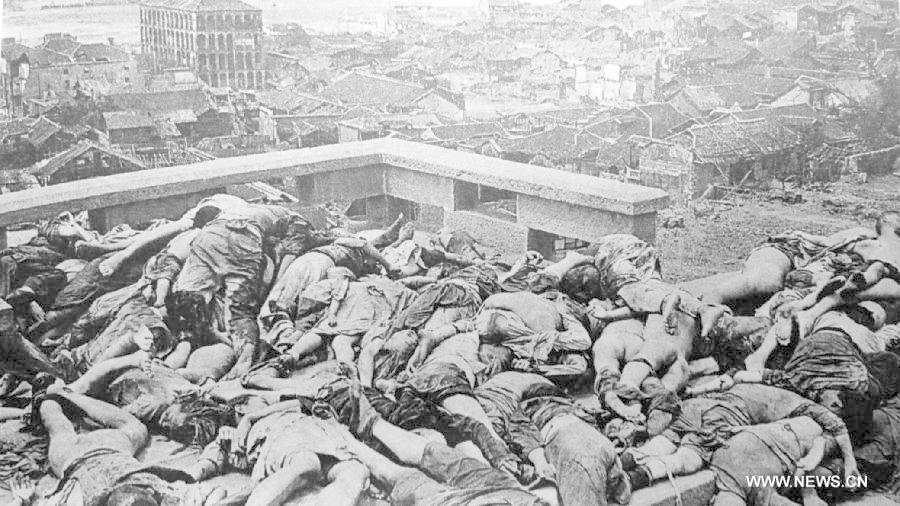 A group of Chinese demanding that the Japanese government apologize for the bombing of Chongqing in World War II staged a protest after a Japanese court ruled against their appeal on Thursday. The Tokyo High Court acknowledged the bombing of Chongqing took place, but ruled against the appeal, which included an apology and a compensation of 100 million yuan ($15 million) from the Japanese government, Japan's Kyodo News Agency reported. The appeal was filed after a local Japanese court ruled against the then 188 plaintiffs in 2015.Dozens of people, including victims of the fatal bombing, their Japanese lawyers and their supporters in Japan, marched near the court on Thursday, with banners showing that they will continue to demand an apology. The plaintiffs, now consisting of 243 people including victims and their relatives, will seek other ways to demand an apology, such as by filing a case in China, Meng Huizhong of the Chinese Civil Claims against Japan Federation, an association that helps fund the plaintiff's activities, told the Global Times on Thursday.As of March this year, 22 of the 188 original plaintiffs had died over a period of seven years, and the oldest survivors are now 94 years old, the Xinhua News Agency reported Wednesday. In 2002, more than 500 Chongqing bombing victims grouped together. From 2006 to 2015, 188 of them filed four lawsuits against the Japanese government, demanding an apology and compensation, Xinhua reported. Japanese warplanes indiscriminately bombed Chongqing and nearby cities between 1938 and 1944, killing and injuring more than 32,000 people, Xinhua reported.