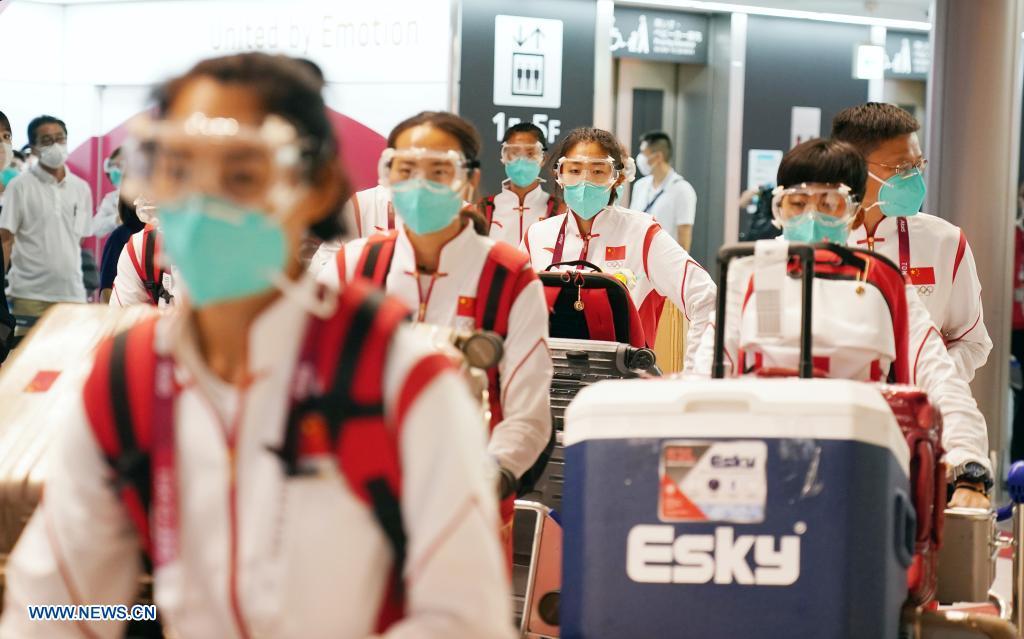 Gymnastics is one of China's traditional strength sports. However, with a "golden" history, Chinese gymnasts failed to win a gold five years ago in Rio, which weighs heavily on the gymnasts' minds.

"We want to bounce back," star gymnast Xiao Ruoteng, who eyes the men's team gold in Tokyo, told Xinhua at the Narita International Airport.

Zhao Shuai, who made history by winning China's first Olympic gold in men's taekwondo when he triumphed in the 58kg category in Rio, said he was honored to be appointed one of the two flag-bearers at the opening ceremony.

"It's an honor and also a big encouragement for me," said the high-spirited Zhao. "I'm in great shape, and I will start my pre-game training in the coming days."

Taekwondo veteran and two-time Olympic gold medalist Wu Jingyu is making her fourth Olympic appearance in Tokyo. She expects to enjoy the sports gala besides her ambition on her third Olympic title.

"It's very special Games. I just want to feel every bit of it," she said, referring to the stringent COVID-prevention procedures that she went through at the airport. "My goal is to win the highest honor for my country."

The Chinese badminton team will also face challenges at the Games.

"We need your support, our fans!" said star shuttler Huang Yaqiong. "We have a big dream and we hope it will finally come true."