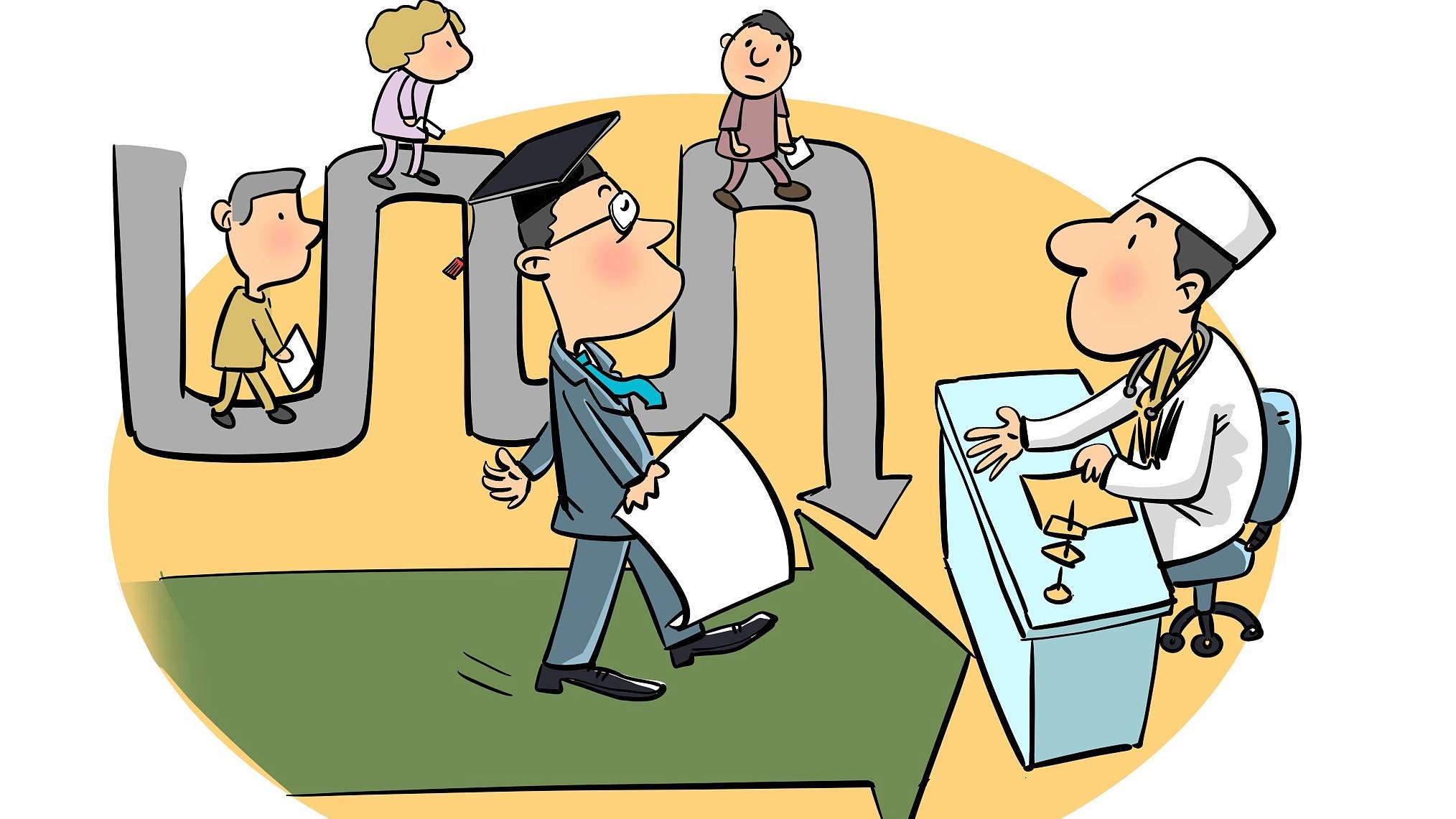 A hospital in Northeast China's Shenyang became the center of a public debate lately because of a sign that said it would offer “preferential treatment” to patients who work in “high-level” occupations.

Usually Chinese public services would prioritize seniors or members of the military, but the hospital offers better service to people based on their jobs, in accordance with municipal regulations.

The types of "high-level talents" the hospital prefers include Nobel Prize winners in physics, chemistry, physiology or medicine, literature or economics, and academicians of the Chinese Academy of Sciences are considered to be "top talents"; Chinese scientists who've returned from overseas are identified as "leading talents"; and professional and technical personnel with certifications are considered "senior talents."

In April, the Shenyang Health and Family Planning Commission asked the city's top 10 hospitals to give a “green light” to medical services for qualified talents. The local government has also recently issued various types of healthcare subsidies as a way of attracting high-level talents.

The measure was developed with the belief that there is nothing wrong with giving preferential treatment to the rare talents, but many – including a lot of medical staff, even the doctors themselves – say this is wrong.

“Everyone is born equal. Considering the patient’s occupation is a form of discrimination by doctors,” said user @tonyangel on the social media platform Weibo.

“If high-level talents do not have a basic sense of fairness and justice, what is the point of a policy to pursue privilege?” said another user,questioned.

“The hospital’s notice is very inappropriate and conflicts with the professionalism of physicians,” Deng Liqiang, the director of the Legal Affairs Department of the Chinese Medical Doctor Association, told China National Radio (CNR).

Deng also believed the local government does not have the authority to make these arrangements; “military first” priorities have a legal basis, but talent-based measures do not.

In response to accusations of “crowding out public resources,” local authorities say that the “green-light treatment” is a move to attract more talents to the city and that it would never jeopardize medical fairness.