CARACAS, Sept. 30 (Xinhua) -- Venezuelan officials expressed their gratitude to Chinese naval hospital ship "Peace Ark" on Saturday as it left the country after giving aid for a week. 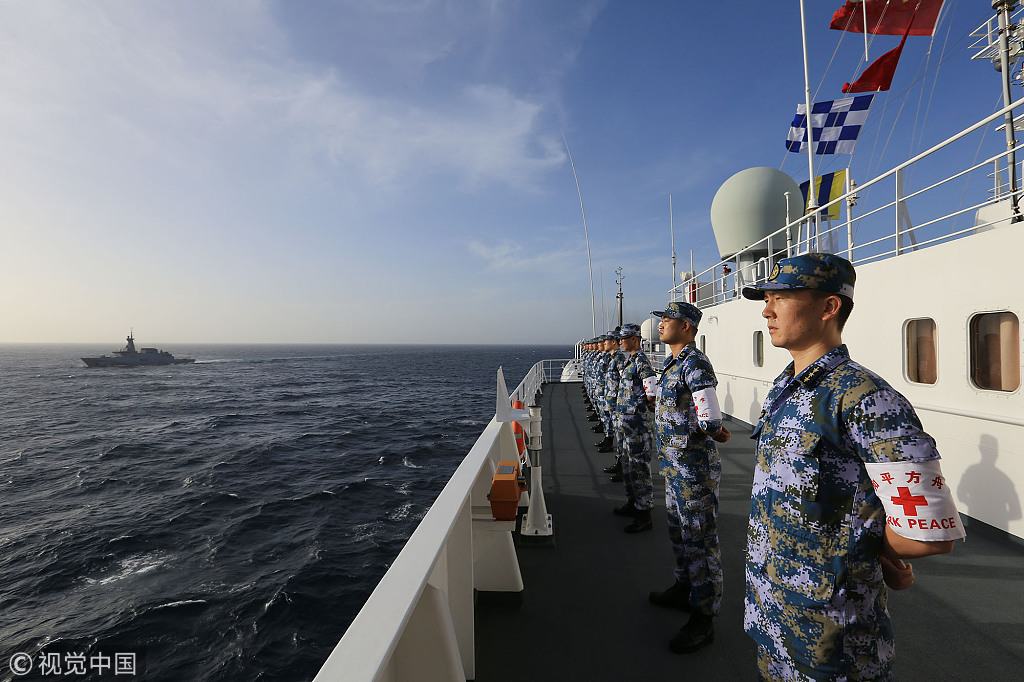 The crew of the "Peace Ark" arrived in Venezuela on September 22. (Photo: VCG)

Venezuelan Vice President Delcy Rodriguez and Defense Minister Vladimir Padrino Lopez thanked the crew of the "Peace Ark" for the medical aid they offered since their arrival on Sept. 22.

The vice president praised the crew's efforts and the whole of China for "the military cooperation of peace and happiness, not for hate, intolerance or political belligerence."

"This is the type of cooperation that consolidates the China-Venezuela relations," she added.

According to Rodriguez, the week that the "Peace Ark" spent in Venezuela was "a loving encounter where the Venezuelan people were attended to with all the capacity of a hospital of this size, one of the largest in the world."

In turn, Lopez thanked the crew, who stopped in Venezuela as part of their "Harmony 2018" mission. "It seems that distance unites us. We have received warmth, bonding and love from the 380 crew of this vessel," he said.

Lopez also thanked the Chinese embassy in Venezuela and added that the crew had been well-received by Venezuelans across the city.

"The doors and ports of Venezuela are always open to the people and the government of China," he said.

The naval hospital ship carries eight boats, a helicopter and 300 hospital beds. There are eight operating rooms and various laboratories on board.

More than 3,500 people were attended to in Venezuela, bringing the total number of patients given aid by the "Peace Ark" to 180,000.