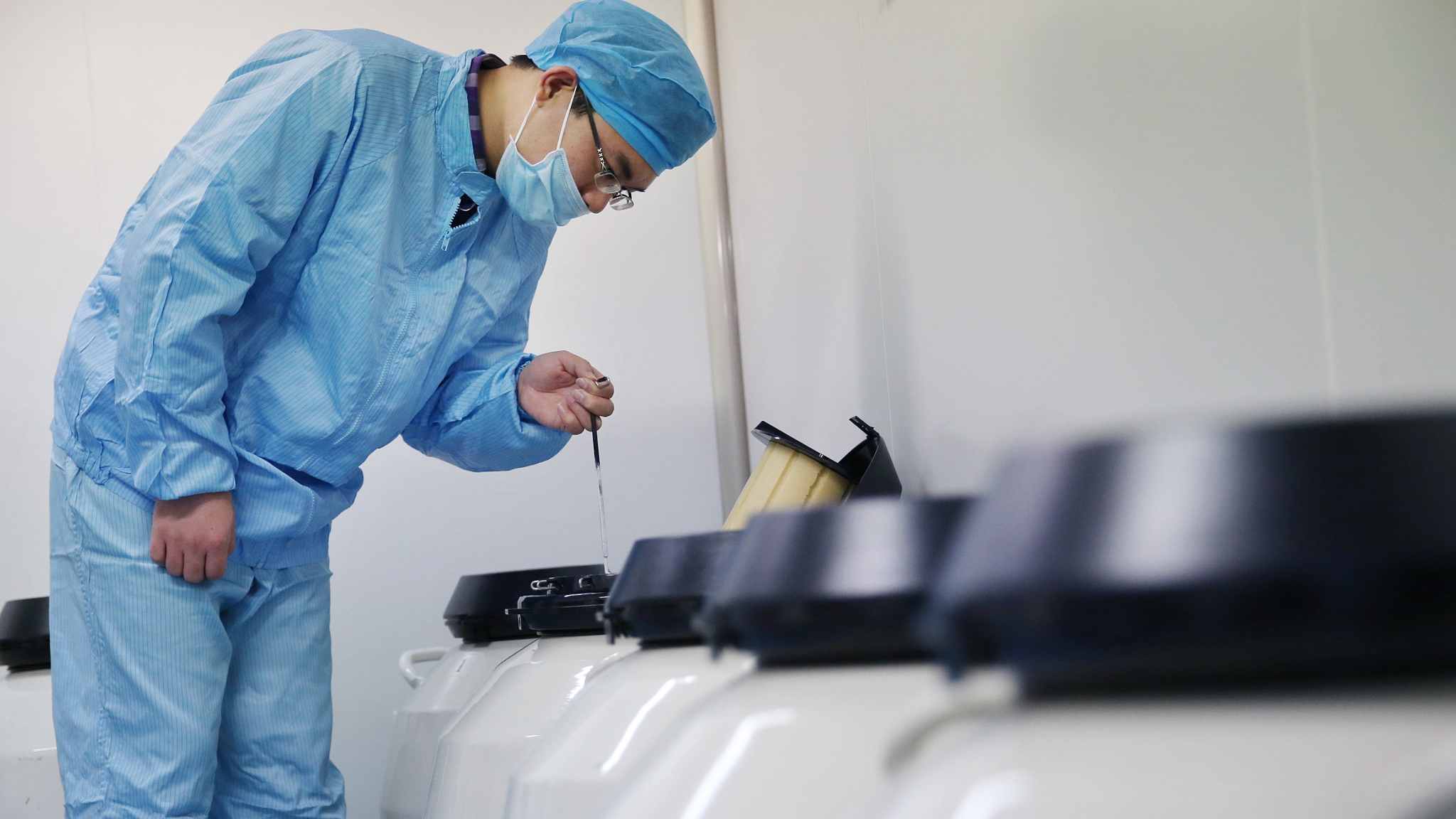 Thirty years after the first test tube baby was successfully delivered in China, assisted reproduction centers across China are confronted with a pressing predicament: how to deal with thousands of forgotten embryos without breaking the laws or crossing ethical boundaries.

In China, over 200,000 test tube babies are born each year via in vitro fertilization (IVF), a medical procedure where embryos are manually combined in a laboratory dish before getting transferred into a human body for conception.

During each IVF cycle, only two embryos are planted into the uterus. The rest are stored in nitrogen tanks for cryopreservation and can be later retrieved if the couple decides to have another child.

According to an existing set of ethical principles laid out by Chinese authorities, hospitals can dispose of the embryos as long as they obtain the patients’ consent.

Most hospitals would sign a contract with patients with both parties agreeing on storing embryos for a certain amount of time. If patients hope to keep their embryos frozen after the agreed length of time, they need to pay an annual storage fee or sign to waive their right to the embryos.

However, many patients never show up and remain uncontactable after the time limit, with some refusing to pay the storage fee while others simply forget about the embryos.

With patients breaching the contract, most hospitals nevertheless keep the embryos in storage even when their cryopreservation banks’ reach capacity.

“From a doctor’s perspective, an embryo has the potential to grow into a baby. We feel uncomfortable destroying it.”

“We have some patients who haven’t visited our center for more than a decade, but we still keep their embryos,” Dr Yu said. “But now our center is running out of place storing the growing number of nitrogen tanks. What are we supposed to do?”

Many hospitals and centers across China face the same predicament. At one IVF center in central China’s Luoyang City in Henan Province, over 3,000 out of 10,000 couples have not reclaimed their embryos after cryopreservation, China National Radio reported last year. Doctors in another local hospital reportedly spent two hours every day in vain trying to contact 300 couples who forgot their embryos.

Financial factors also come into play and cost becomes a burden to many IVF centers. Because cryopreservation requires advanced medical equipment and technology, freezing and storing an embryo can cost 1,000 to 3,000 yuan (145 to 434 US dollars) per year.

Nonetheless, most hospitals choose to pay the bill and store the embryos. Yu explained that besides ethical concerns, they are also worried about potential legal consequences.

“No existing laws clearly define if embryos are humans or substances,” Yu said. “Even if we sign contracts with patients that state we can discard embryos, what if a future law says embryos are actually human? Then we would face serious consequences."

“As long as the contract is signed reflecting both parties’ true wills, the hospital would not bear legal consequences if it follows the contract [discarding embryos],” said Zhu Hu, associate professor with Law School of Renmin University.

However, Zhu pointed out that some contracts signed between hospitals and patients may be “too simple” and leave out clauses that potentially trigger controversies.

“The best solution is to let scientists and law experts work together to establish a unified contract model,” Zhu suggested.

The professor believed that lawmakers and doctors should initiate conversations and discussions so that common ground can be established.