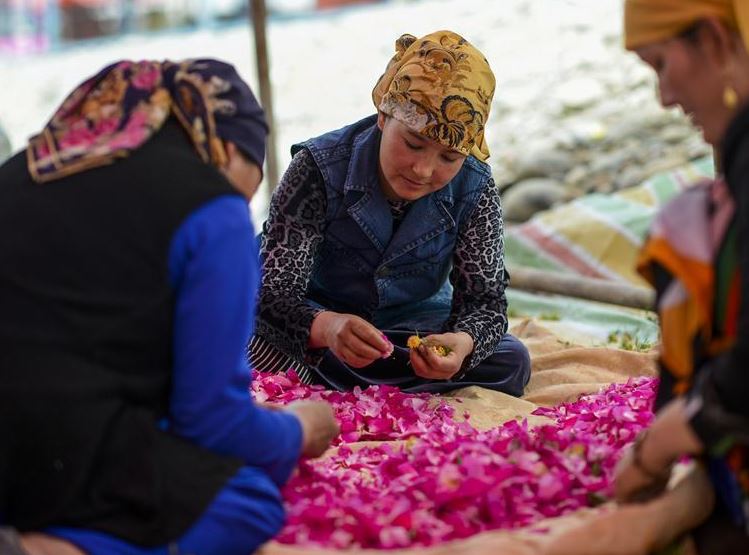 BEIJING, Dec. 6 (Xinhua) -- Human rights and counter-terrorism experts from Chinese universities and institutes Friday condemned the passage of a Xinjiang-related bill by the US House of Representatives.

The so-called "Uyghur Human Rights Policy Act of 2019" is full of distorted content, smears the human rights condition in Xinjiang, slanders China's efforts in deradicalization and counter-terrorism, and attacks the Chinese government's Xinjiang policy, experts said at a forum held by the China Foundation for Human Rights Development in Beijing.

"It depicts Uygurs in Xinjiang living under great oppression, with no protection of their culture. But the facts are the complete opposite," said Li Yunlong, a professor at the Party School of the Central Committee of the Communist Party of China.

"China's efforts in protecting and inheriting ethnic traditional cultures are widely recognized by the international community and people of all ethnic groups," Li said.

Shen Yongxiang, vice president of the China Society for Human Rights Studies, said the bill "calls white black" under the guise of human rights and religion.

The United States is playing with double standards on counter-terrorism and human rights issues. It is attempting to interfere in China's internal affairs under the false banner of human rights, said Chang Jian, a human rights professor with Nankai University.

The United States has been "overconsuming" and "abusing" human rights for political gain, said Zhang Yonghe, a human rights expert from Southwest University of Political Science and Law.

"China has been working hard to guarantee people's rights, and in Xinjiang, people of all ethnic groups enjoy well-protected rights to life, health and development," said Zhu Liyu, a professor with the center for human rights studies of Renmin University of China.