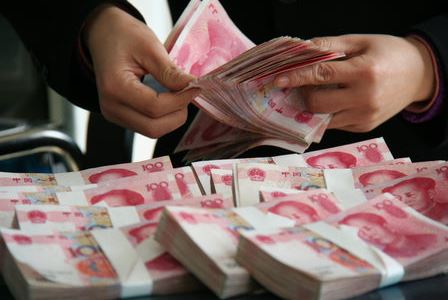 A criteria defining Chinese income brackets included in a survey of national time use has drawn some queries from domestic netizens. Chinese residents who have a monthly income of between 2,000 yuan ($295) and 5,000 yuan have been defined as middle-income population, according to a footnote of the survey, which was released by the National Bureau of Statistics (NBS) on Friday.They are also among those who have the longest working hours, the survey said.It seems the footnote has drawn more attention than the survey itself."The definition is funny since 2,000 yuan cannot even cover my house rent," a white-collar worker from the Chinese capital city surnamed Zheng told the Global Times. "The so-called middle income group means you can barely get enough to eat," a neitizen named Dabaipangziderichang said on Sina Weibo.The NBS later explained on its WeChat account that the criteria was only meant for the survey, which could not be applied and is totally different from the criteria for the middle-income group.China raised the personal income tax threshold from the previous 3,500 yuan to 5,000 yuan starting October 2018. Those who earn above 10,000 yuan are part of the high-income group, while those from the low-income group earn less than 2,000 yuan a month, the footnote said.NBS data also showed that in 2018, the middle-income group worked an average of 7 hours and 51 minutes a day, 34 minutes more than the low-income group and 9 minutes more than the high-income group.Some also argued that most people who work in first-tier cities like Beijing would work much more than the standard.The survey also showed those who have lower incomes would spend more time watching TV, while those who earn more prefer reading. Only 6.6 percent of those in the low-income group in the survey have developed reading habits.