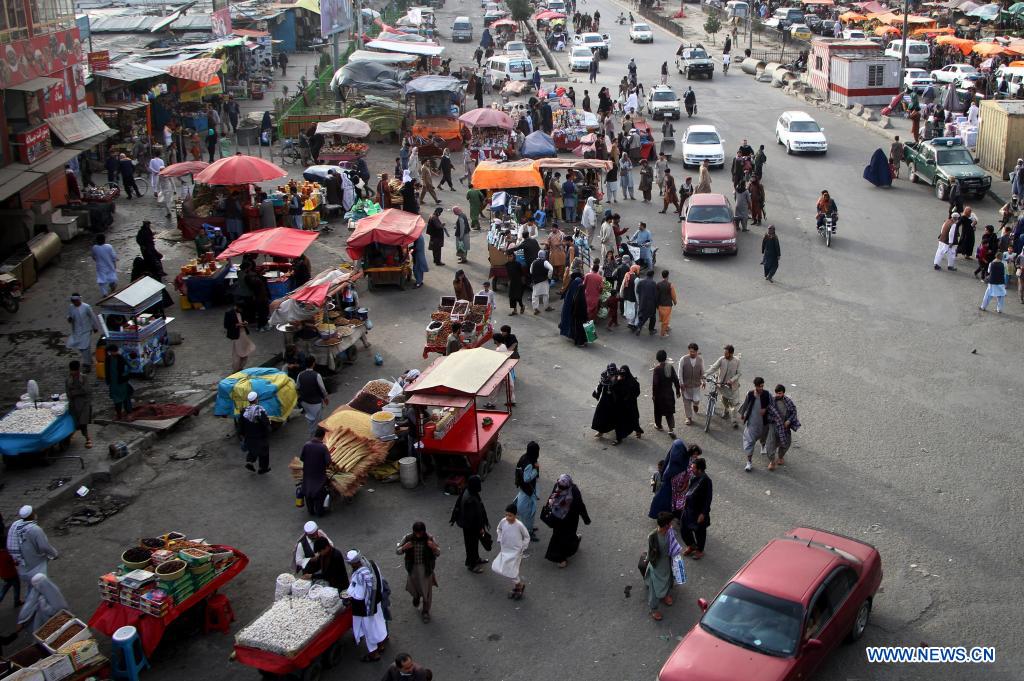 He said the international community is concerned about the future direction of Afghanistan, adding that the consensus of all parties is to build an open and inclusive political system in Afghanistan, pursue moderate and steady domestic and foreign policies, and completely cut off ties with all terrorist organizations.

Wang noted that the Taliban spokesperson has repeatedly responded positively to the above-mentioned concerns of the international community, and showed a cooperative attitude.

"To listen to words, and to look at deeds," said Wang, expressing hope that the situation in Afghanistan will continue to move in the right direction.

He added that there are still many destabilizing factors in Afghanistan and the Taliban's future policies are also uncertain.

Wang said that the future of Afghanistan should be decided by the Afghan people, and all parties should respect Afghanistan's own choice, adding that it is necessary for the international community to play its due role.

Wang noted that one way is to try to exert pressure, create economic and financial difficulties, or even to manipulate "sanctions," saying that such moves will not solve the problems and can backfire.

The senior Chinese official also said that another way is to put importance on recent positive signals given by the Afghan Taliban, encourage the group to change and adjust itself toward a modern political force, which will benefit the Afghan people as well as regional stability, and thus will also reduce the possibility of flow of refugees and migrants, which is crucial for Europe including Italy.

Wang said that China always supports Italy in playing a positive role in international affairs, in performing its responsibilities in the Group of 20 (G20) rotating presidency and in making contributions to the settlement of the Afghan issue.

For his part, Di Maio said that China has important influence on all international and regional issues and can play a key role in the situation on Afghanistan, adding that Italy fully agrees with the views of the Chinese side, and supports active communication with the Taliban in Afghanistan so as to offer positive guidance.

The international community should make joint efforts to prevent Afghanistan from becoming a gathering place for terrorism again, Di Maio noted, adding that Italy hopes to discuss with various parties within the framework of the G20 for consensus and solutions.

Milan will host the 2026 Winter Olympic Games after Beijing's edition, Wang said, adding that China and Italy have reached a consensus on supporting each other in hosting the games.

Italy will also be the major honored guest country at the upcoming World Winter Sports (Beijing) Expo 2021 next month, opening up a new area of bilateral cooperation in the snow and ice industry, said Wang.

China hopes to work with Italy to oppose all words and deeds that interfere with, disrupt, or even boycott the Olympics, and demonstrate the new Olympic motto of "together" in the upcoming Winter Olympic Games in Beijing and Milan, he added.

Di Maio said he agrees with China's view on hosting a successful Winter Olympics, adding that the two sides should make joint efforts to hold a fantastic handover ceremony and Italy will do its best.

Italy stands ready to hold various activities together with China during the Italy-China Year of Culture and Tourism in 2022, he added.