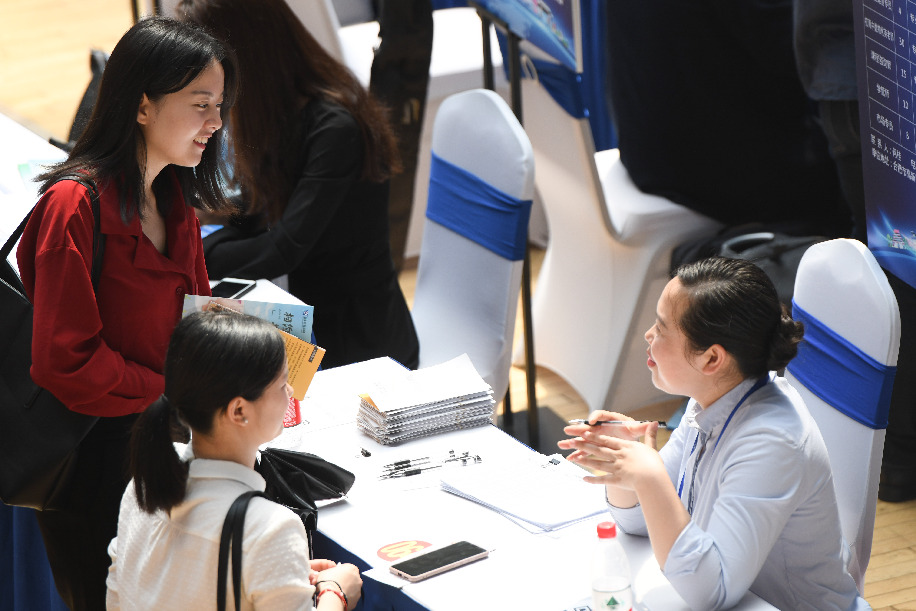 A report on the enforcement of the law on employment promotion has been submitted to the National People's Congress (NPC) Standing Committee for review at its ongoing bimonthly session, which runs from Aug. 22 to 26.

New jobs can be created by boosting high-quality development of industries, said Shen Yueyue, vice chairwoman of the NPC Standing Committee, urging efforts to speed up the development of modern information logistics, scientific and technological development and innovation, urban and rural tourism, and household services, among other industries.

Stressing employment for key groups, Shen said that top priority should be given to opening up more channels for college graduates and other young people to find jobs.

The report uncovered problems with the implementation of the law on employment promotion, including discrimination in employment and new problems brought about by the growth of new models of business.

Lawmakers raised a number of suggestions to fix the problems. Wang Yanmeng, a member of the NPC Standing Committee, said women face discrimination in the job market largely because of motherhood, which may bring about extra financial costs for their employers.

Wang called on local governments to increase subsidies for new mothers so as to ease the financial burdens for enterprises.

Lawmakers also called for accelerating the revision of the employment promotion law. Noting some provisions of the law no longer meet the current needs, as the employment situation has undergone profound changes, Li Rui, a member of the NPC Standing Committee, proposed revising the law as soon as possible and formulating supporting regulations in the meantime.