China's top legislature on Tuesday held a plenary meeting to review reports on enforcement of the national economic and social development plan and budget implementation. 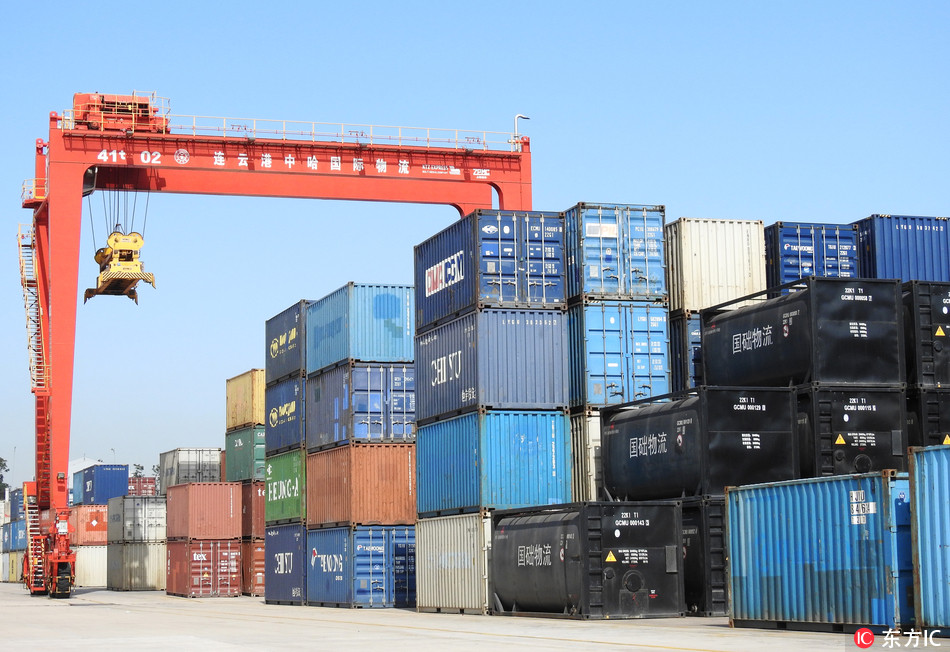 A crane vehicle lifts a container to be loaded onto a train at the China-Kazakhstan logistics terminal in Lianyungang city, east China's Jiangsu province, 31 May 2018. (Photo:IC)

Li Zhanshu, chairman of the National People's Congress (NPC) Standing Committee, attended the meeting of its bimonthly session which runs from Monday to Friday.

He Lifeng, head of the National Development and Reform Commission, made a report on the enforcement of the national economic and social development plan at the meeting.

China's economy has maintained steady growth with good momentum in the first half of 2018, He said, warning that it has become difficult to maintain a steady and sound economic growth in the face of long-standing structural contradictions domestically and a complicated international environment.

When giving a report on the implementation of this year's budget to the lawmakers, Minister of Finance Liu Kun said that the country's general public budget revenue from January to July was nearly 12.2 trillion yuan ($1.79 trillion), while the general public budget expenditure in the same period was nearly 12.6 trillion yuan, up 10 percent and 7.3 percent, respectively.

At the meeting, Minister of Education Chen Baosheng gave a report on education equality to the legislators.

The report, which focuses on the coordinated development of compulsory education in urban and rural areas while giving particular attention to rural areas, said that 170,000 university graduates will be selected to work in rural regions from 2017 to 2018.

The lawmakers also deliberated a report on a temporary adjustment to the application of the civil servant law in some regions and some central organs in Beijing.