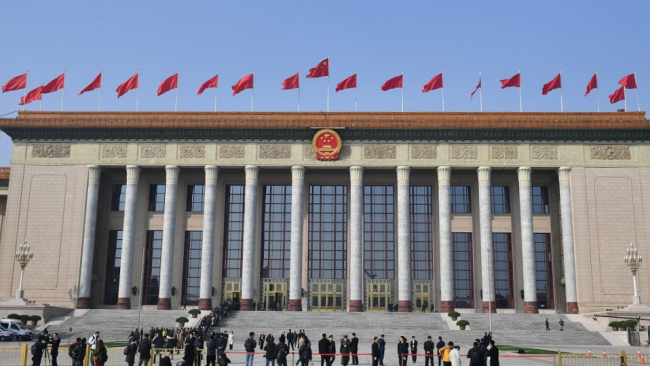 BEIJING, Dec. 23 (Xinhua) -- Chinese lawmakers on Monday started deliberating a draft civil code as part of the priorities of a session rounding out the country's legislative work in 2019.

The draft civil code, consisting of general provisions and six sections on property, contracts, personality rights, marriage and family, inheritance, and torts, was submitted to the ongoing bimonthly session of the National People's Congress (NPC) Standing Committee, which will run from Monday to Saturday.

According to work arrangements, the draft is expected to be submitted to the annual session of the NPC next year for deliberation.

The General Provisions of the Civil Law, which was adopted in 2017, is included in the draft civil code as the first book.

All the other draft books have gone through at least two readings at previous NPC Standing Committee sessions as well as wide consultations from the public and authorities.

The draft will be sent to all national lawmakers to solicit opinions in January, said Shen Chunyao, vice chairman of the NPC Constitution and Law Committee, while briefing lawmakers on the draft Monday.

Opinions of local legislatures, relevant authorities and the public will also be solicited to improve the draft before it is submitted to the annual session of the NPC, he said.