BEIJING, Sept. 30 (Xinhua) -- Leaders of the Communist Party of China (CPC) and the state Sunday paid tribute to deceased national heroes at the Monument to the People's Heroes at Tian'anmen Square. 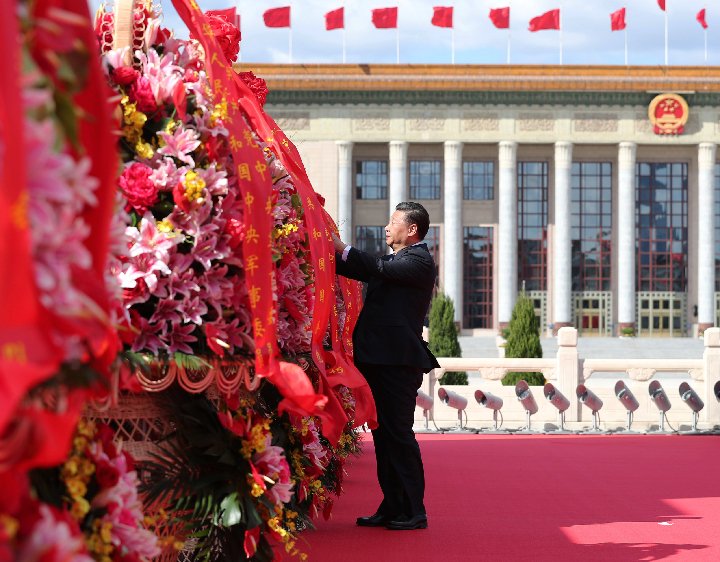 President Xi Jinping, also general secretary of the CPC Central Committee and chairman of the Central Military Commission (CMC), joined representatives from all walks of life to mark the country's Martyrs' Day on the eve of National Day.

Before the start of the ceremony, a military band played trumpets to commemorate the martyrs. 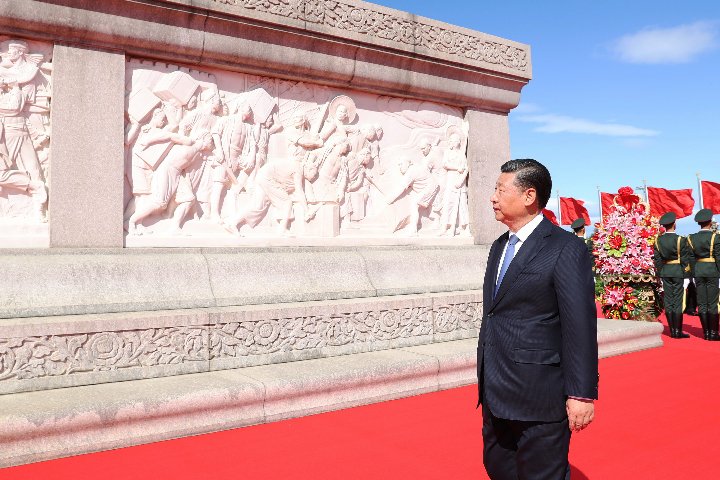 At 10 am, participants sang the national anthem and then bowed their heads in silent tribute to those who devoted their lives to the liberation of the Chinese people and the construction of the People's Republic of China, which was founded in 1949.

After a group of children performed a patriotic song, 18 honor guards laid nine flower baskets in front of the monument. 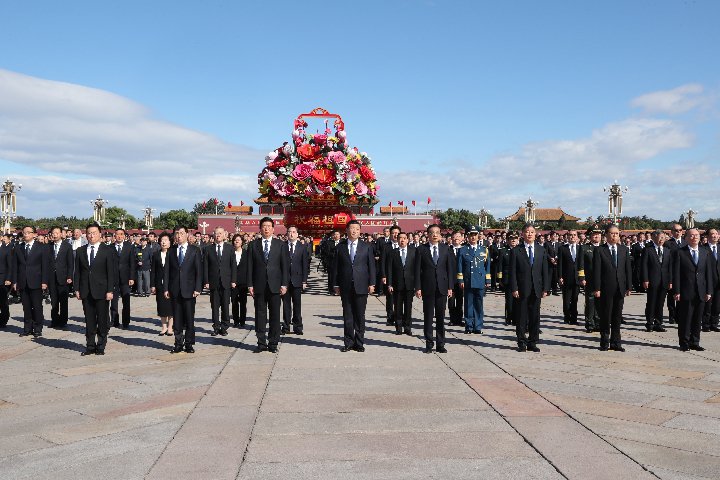 The baskets were presented in the names of the CPC Central Committee; the National People's Congress Standing Committee; the State Council; the National Committee of the Chinese People's Political Consultative Conference; the CMC; non-communist parties, All-China Federation of Industry and Commerce and patriotic persons without party affiliations; people's organizations and people from all walks of life; veterans, retired senior cadres and the families of martyrs; as well as China's Young Pioneers organization.

Xi straightened the red ribbons on the baskets and led a group of senior officials in a walk around the monument to pay tribute.

Children and other attendees followed them and laid bouquets of flowers at the foot of the monument. 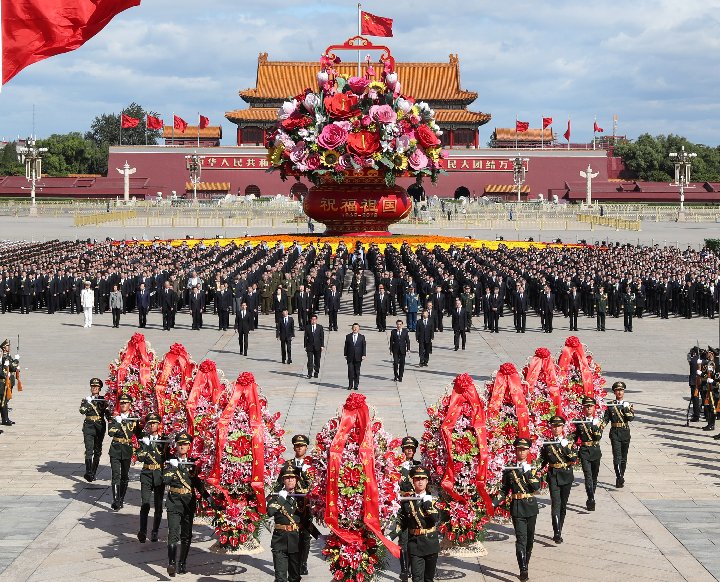 The ceremony was presided over by Cai Qi, a member of the Political Bureau of the CPC Central Committee and secretary of the CPC Beijing Municipal Committee.

China's top legislature approved Sept. 30 as Martyrs' Day in 2014 to commemorate those who lost their lives for national independence and prosperity.